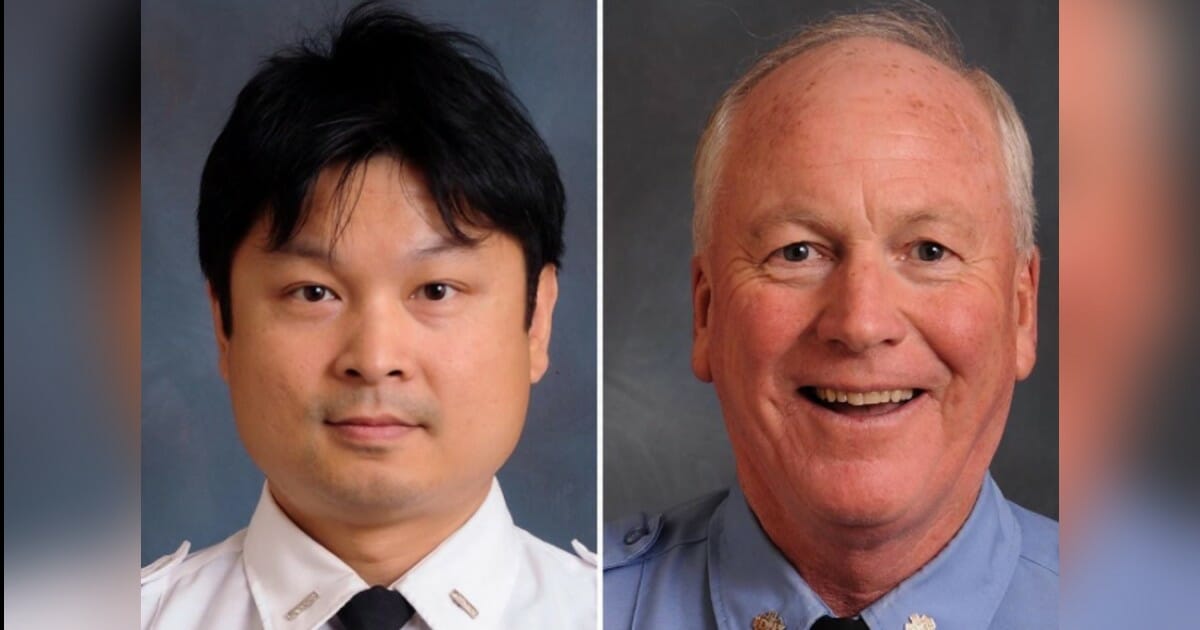 Two FDNY EMTs are in critical condition Friday after they suffered medical emergencies.

“We’re not believers in coincidences, except for today,” Fire Commissioner Daniel Nigro said. “And it is an extremely tragic coincidence.”

According to the FDNY, Liam Glinane, 63, was transporting an ambulance by himself on the Brooklyn Queens Expressway in Queens when he suffered a stroke. The medical emergency resulted in a minor accident.

Lt. Raymond Wang, 47, was on a ride-along with a physician when they arrived on the scene. However, Wang fell unconscious before he was able to administer life-saving measures on his colleague.

Both EMTs were transported to local hospitals where they were treated and as of Friday morning remained in critical condition.

On Friday, Glinane was awake and alert, and he knew why he was in the hospital.

“Thankfully both of these members were able to be transported and are still alive,” Nigro said during a press conference. “It’s somewhat amazing, considering the serious nature of both of these conditions.”

This is such an insane coincidence. I’m so glad they are both recovering.

Share this to pray with me that they will continue to heal and recover.