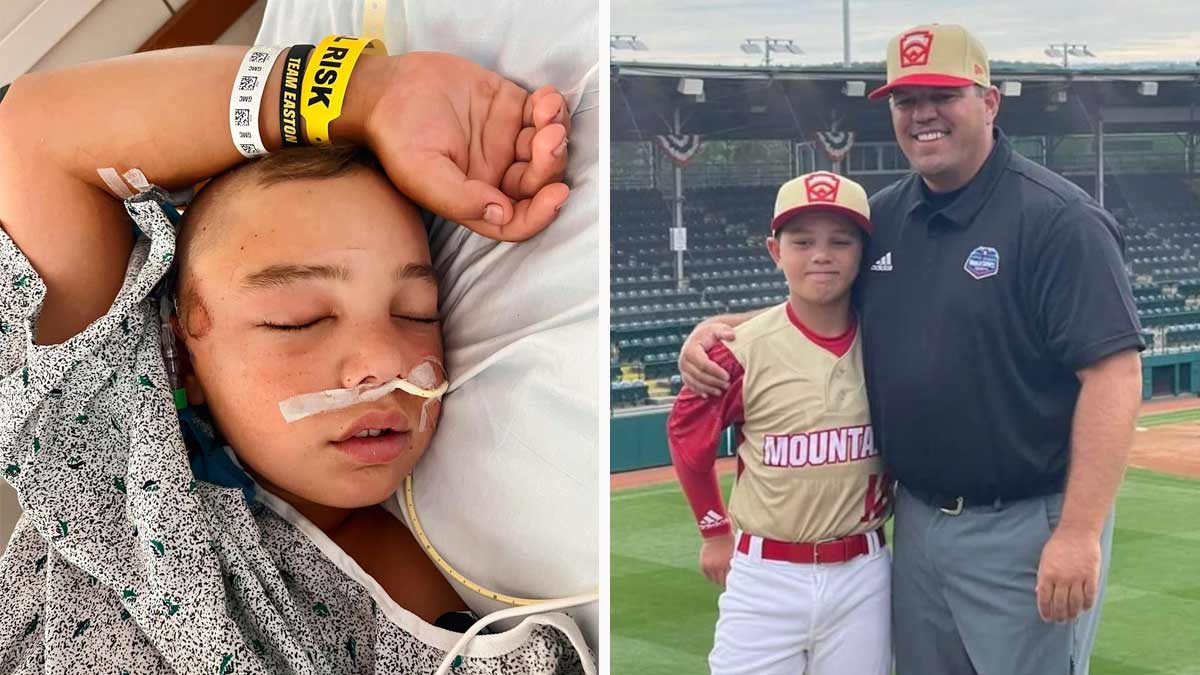 Easton Oliverson is expected to make a full recovery, according to doctors at Geisinger Janet Weis Children’s Hospital in Danville, Pennsylvania.

The 12-year-old was in Williamsport, Pennsylvania for the Little League World Series with his team from Utah when he fell out of a bunk bed early Monday morning. Easton was flown to the hospital where he underwent emergency brain surgery.

Despite suffering a fractured skull and being moments away from death, Easton has made incredible steps towards recovery.

Dr. Oded Goren, who specializes in cerebrovascular and endovascular neurosurgery, said the Little Leaguer has made “tremendous strides toward recovery and we are expecting him to have a really near complete recovery.”

Jace Oliverson, Easton’s father, recalled when his son was brought to the hospital.

“Doctors (were) saying he’s 30 minutes, max, from dying, with so much pressure on his brain stem,” he told CNN.

He underwent emergency surgery to relieve the pressure and was then placed in a medically induced coma.

The following day Easton was already showing progress, according to an Instagram account the family had set up.

Easton was able to respond when listening to a friend on the phone, and his breathing tube was removed.

By Wednesday Easton was no longer sedated and was starting to wake up.

“He asked for water this morning. The doctors said that this is good because it usually takes a week or two for patient’s to usually have the desire to eat or drink after having gotten their breathing tube out!” the family shared on Instagram.

He was even able to mouth the words “I love you” to his parents as well as recall his name and age.

On Thursday the family had even more good news to share.

Easton was able to be moved out of ICU. He was also able to sit up in a chair, stand, and take two steps with assistance.

“He drank and fed himself! We are astonished by his strength and willingness to try new things!”

The 12-year-old has also been communicating more with his family members. He’s asked about his hair, which had to be shaved for surgery, and why he was at the hospital.

Thursday night his family shared with him the news that his younger brother Brogan, who was previously selected as an alternate for the Snow Canyon team, was flying out to Pennsylvania so he could take Easton’s spot.

“His reaction was very emotional.”

Easton’s father Jace, who is an assistant coach for the team, will also attend the game as a coach.

“He is making great strides, and we as a family couldn’t be more grateful. At this time, we would like to ask specifically for prayers of understanding and peace for Easton as he comes to learn of and accept the situation that he is now in.”

This is such great news! It sounds like Easton is doing really well in his recovery. I pray that he continues to heal.