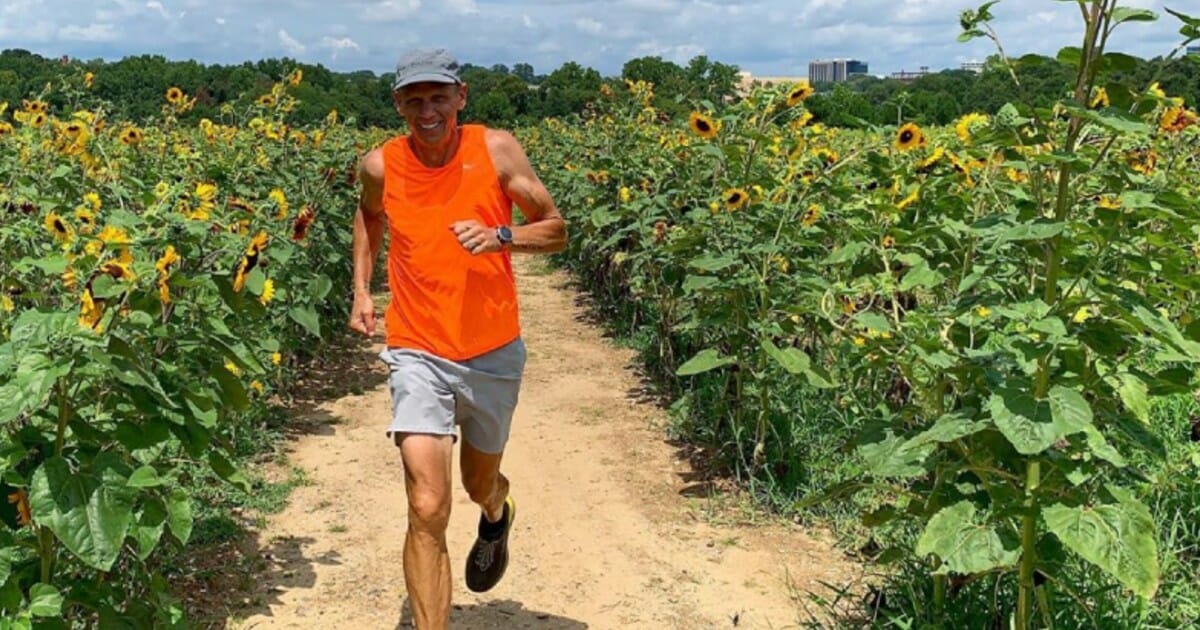 To recognize a major accomplishment in your life how do you celebrate? Go out for dinner? Treat yourself to some new clothes?

North Carolina native, Charlie Engle chooses to celebrate things a little differently, he goes for a run and a long one at that.

Recently, Charlie celebrated 27 years of sobriety and to mark his incredible accomplishment he ran for 27 hours straight.

“The hardest thing I’ve ever done is get sober,” he told WTVD. “It’s so scary. It’s life threatening, life changing. Running for 27 hours is nothing compared to that.”

The 56-year-old, who has completed the Badwater 135 six times and run across the Sahara Desert, has been commemorating the day he made the choice to become sober since the beginning.

“For 27 years now, I have my sobriety birthday because I felt the need to celebrate far more than the day I was born,” he told Runner’s World. “I didn’t have choice in the day I was brought into the world. I had a choice the day I became sober.”

However, it was only last year that he began running an hour for every year he has stayed sober.

This year, Charlie, along with a group of supporters that included former and recovering addicts, as well as patients at a local rehabilitation center, ran around a three mile loop.

The journey was a tough one and there were several times he wanted felt like giving up, but he stuck with it. He wasn’t just running for himself, he ran for those at the rehabilitation center, Healing Transitions.

“It’s very much like sobriety,” he said. “A lot of times people look at the big picture and say, ‘Oh, I’ve got to be sober forever.’ That’s not how it works. You have to be sober today and focus on that. Tomorrow will get here soon enough.”

This year’s sober birthday may be over, but Charlie hopes to continue the tradition every year and when he’s not running he wants to inspire others.

“My job is to just live my life and to live the life that I can. If other people see that and they understand where I came from hopefully it gives them the realization that they can have that too.”

Charlie is an absolutely incredible man. What he has accomplished is no small feat. He deserves all the recognition he can get.