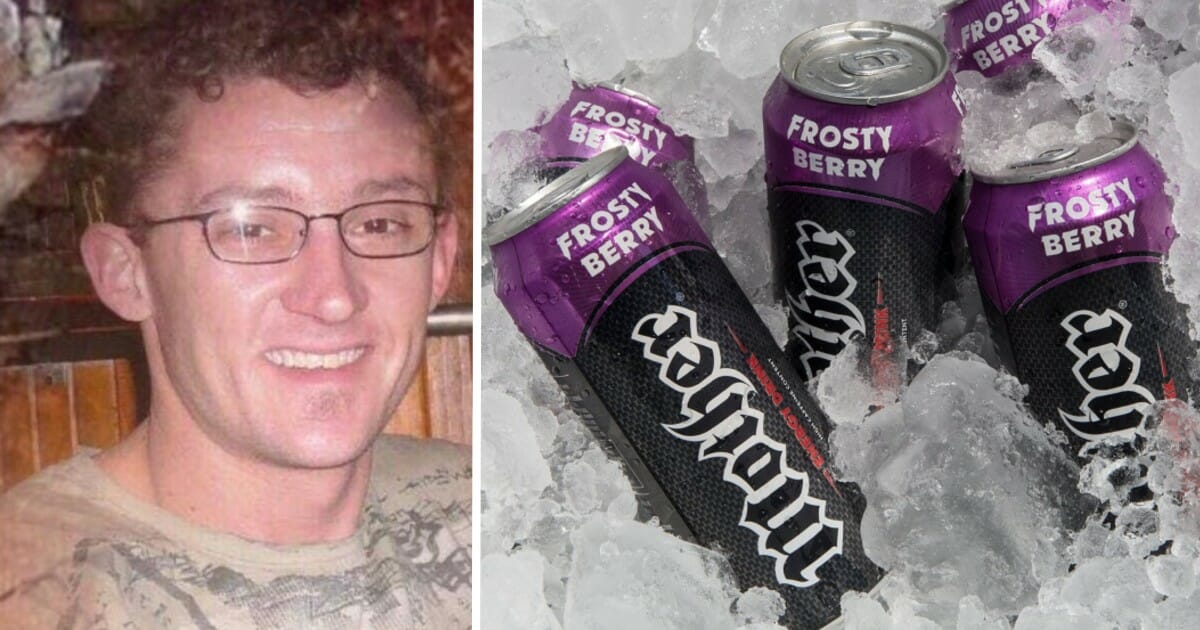 Mothers know best. So why don’t we always listen to our moms when they advise us on certain things?

When Shani Clarke saw her 35-year-old son, Michael Clarke, cleaning out his truck she mentioned his large collection of energy drinks, but he shrugged her off and that was the end of their conversation.

Weeks later, the truck driver was found slumped over in his vehicle. He had suffered a massive heart attack, which was later determined to be caused by caffeine toxicity.

“I can’t tell you the pain I felt at that moment, my heart just hit the floor and I sobbed and sobbed,” Shani wrote on Facebook.

In the weeks leading up to Michael’s January 2014 death, Shani, of Perth Australia, first took notice of her son’s caffeine consumption.

“He was cleaning his truck out and I saw he had an armful of the big cans of Mother and I said ‘I hope you’re not drinking too many of them in one go’ which he just shrugged off as we mums know nothing, I didn’t think much more of it at the time,” she said.

Mother is an energy drink sold in Australia and New Zealand.

It was only after his death that she began to put the pieces together. Shortly before his death her son complained of indigestion the concerned mother told ABC News.

“The coroner said the indigestion could have been mistaken for a mild heart attack,” she said.

She also realized that Michael would purchase four-packs of Mother energy drinks, which contain 160mg of caffeine per can – the FDA recommends no more than 400 mg per day – and then drink several cups of coffee when he came home.

Following her son’s sudden death, Shani wanted to make sure others were aware of the potential dangers of caffeine. She created a Facebook group, Caffeine Toxicity Death Awareness.

According to The Epoch Times, members of the group discuss their addiction, while others seeks to bring awareness to the issue.

Even though Michael passed away in 2014, Shani is still working hard to inform people about caffeine toxicity. In 2018, she had a conversation with a woman who drank Red Bull every day.

“Things ALWAYS happen for a reason, my back has been bad this week so got a dog wash lady to come round … and of course the caffeine subject came up and BAM she drinks Redbull every single day!” she posted in 2018.

“We had a BIG chat and gave her some cards to join the caffeine toxicity group to get help to come off, she has been thinking that she needs to stop but today I gave her the reason to stop…..another one to add to your list Michael Clarke of people you have helped.”

Energy drinks can be extremely dangerous when not used in moderation or when mixed with other caffeinated products. It’s best to always use caution when consuming caffeine, and if you feel ill stop use immediately.

Share this story to let others know the potential dangers of consuming too much caffeine.