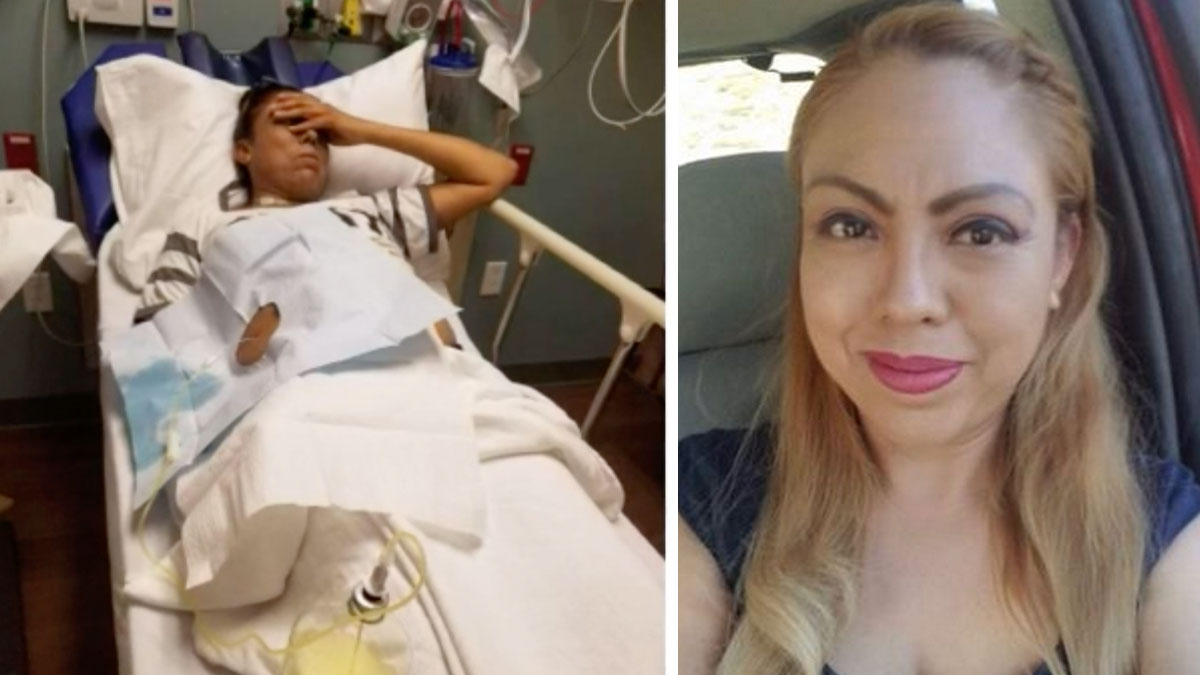 It’s no secret that healthcare in the United States is extremely expensive, especially for those who are unable to afford insurance.

Lilly Machado, a waitress from Globe, Arizona, now finds herself in a life or death situation because she’s unable to afford a live-saving organ transplant.

So she and her family are frantically working with nonprofits to see if anyone will be able to lend her a hand. They have also created a GoFundMe and have raised more than $90,000.

About three months ago, Lilly began feeling sick. She was losing weight, always feeling nauseous, and throwing up.

A doctor told her she had non-alcoholic cirrhosis. Her liver was functioning at just 15 percent.

Lilly, a mother of three, was in disbelief.

Unfortunately Lilly’s only option is a liver transplant, and without insurance it’s a costly procedure.

According to the GoFundMe, she was told she needed $50,000 in order to schedule her transplant, and then she needed proof that she could pay the remaining $450,000 which would cover the cost of the procedure and medicine.

As a result she was given medicine and discharged.

Without the ability to pay, her doctors sent her home from the hospital with steroids and painkillers and offered to put her in hospice for her “last days.”

If she’s unable to prove that she can pay for the transplant, her doctors said she would not survive more than a month.

“It’s not fair, these are real human lives we are dealing with,” Jackie Machado, Lilly’s daughter, said. “How are you going to ask someone to put up a half-million dollars just to save their life?”

So far the family has been able to raise more than $93,000 through GoFundMe, but they need a total of $500,000 to cover the procedure and medicine.

They are also looking at nonprofits to see if any can help Lilly.

It is outrageous how much medical procedures cost in the United States, especially life-saving procedures.

Please share this story on Facebook, and donate if you can so Lilly will be able to get the transplant she desperately needs.