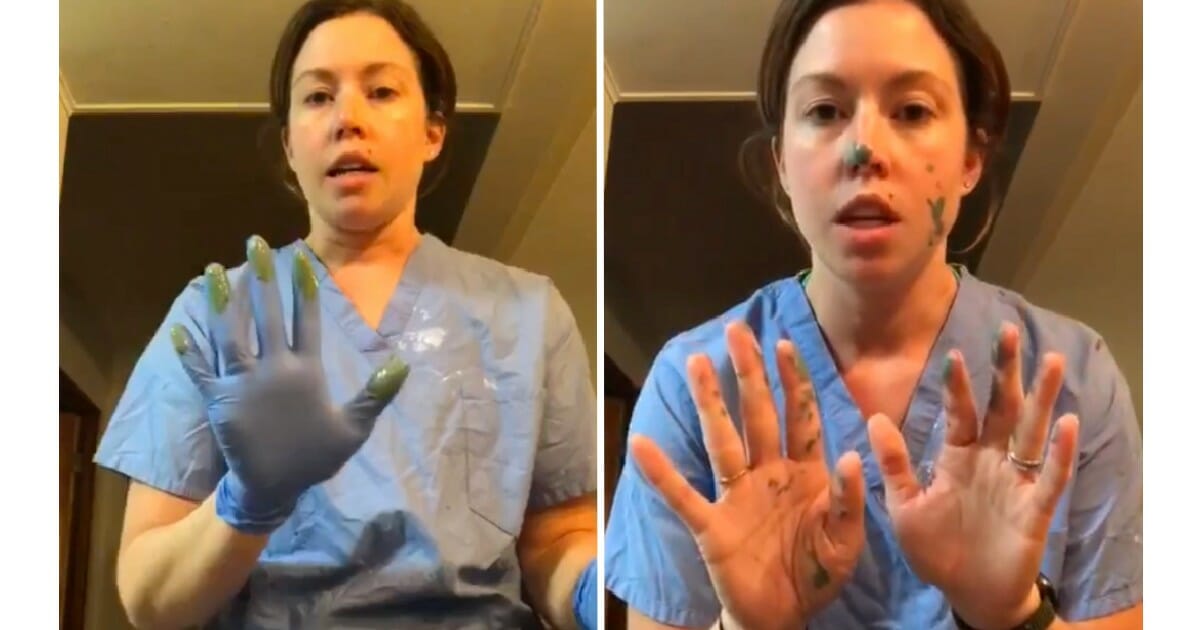 Since people started wearing masks and gloves to protect themselves against the spread of the coronavirus, you may have made a number of observations.

Not only are people throwing these contaminated items on the ground rather than properly disposing of them, but many are also using improperly.

Recently, Molly Lixey, a nurse in Saginaw, Michigan, went viral for an enlightening demonstration she shared on Facebook.

Lixey came up with the idea for the now viral video after she went to the grocery store and noticed a number of people wearing gloves, but also, perhaps, unintentionally exposing themselves to even more germs.

“I’m seeing a lot of people out in public wearing gloves right now,” she said in her video. “That’s great. If you want to wear gloves, you know that’s all fine and well, you absolutely can. But I want to remind you of this little thing called cross-contamination.”

In her video, which has been shared more than 60,000 times, Lixey uses paint to demonstrate how quickly and easily germs can spread during a trip to the grocery store.

“It terrifies me to think people believe they’re safe only because they are wearing gloves and not have them be aware that they could still be harming themselves or others,” she told CNN.

“I understand as a nurse I have had extensive training in the use of PPE, but many people in the general public have not,” she said. “They are all so fearful right now they will do anything to protect themselves, but it’s important they do so properly.”

Lixey went on to show that even after properly disposing gloves, everything that we touched while wearing gloves is still contaiminated.

“There’s no point in wearing gloves if you’re not going to wash your hands every time you touch something.”

It’s so very important that even when using a mask or gloves, we must be careful that we don’t touch our faces. And we must wash our hands after. Look at how the germs spread!

Share this on Facebook, I bet there’s a number of people who are using gloves the improper way.