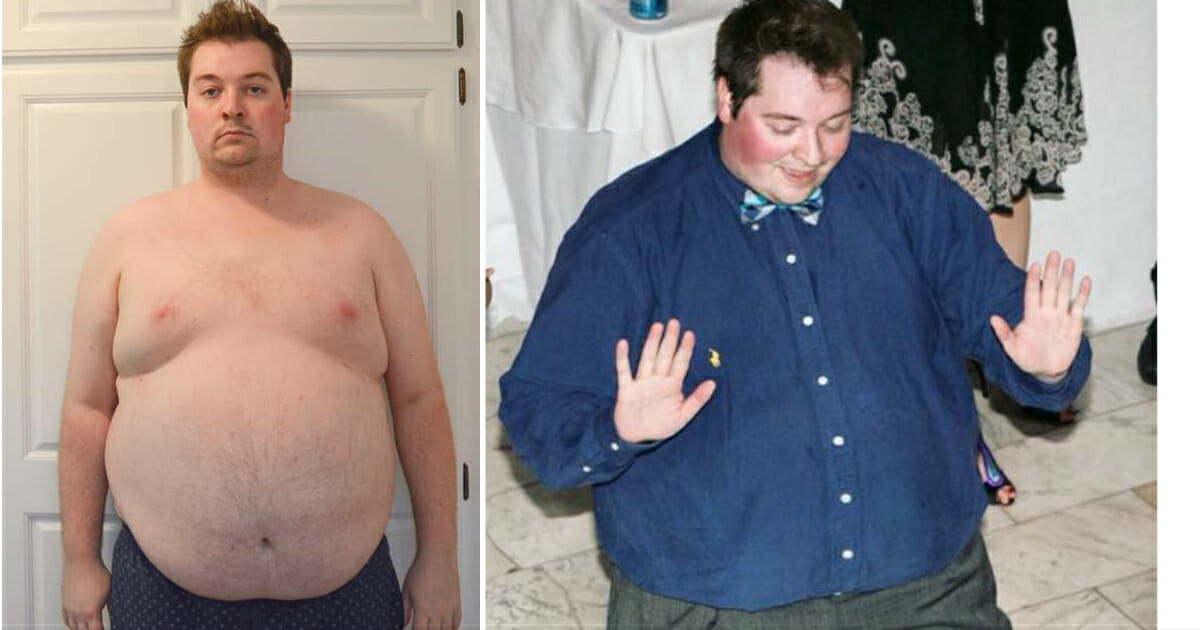 As many people know, staying healthy takes a lot of effort: one must eat healthy foods and exercise regularly. Of course, it’s not uncommon to slip up every now and again. We all have occasional food cravings that are full of sugar or salt. But as long as, over the long term, we take care of and listen to our bodies, we’re right on track!

Unfortunately, Dr. Kevin Gendreau was not on track. Steady weight gain over the course of several years caused multiple health issues that snuck up on him.

According to Today, he says that he gained 50 pounds as a college freshman and kept binge eating to deal with the stress of college. When his father died of a rare form of melanoma, the doctor turned to food for comfort. Then, he attended medical school, where he gained even more weight. He suffered from ailments like high blood pressure and cholesterol, diabetes and sleep apnea.

But when his sister was diagnosed with an aggressive form of ovarian cancer, Kevin knew he had to make a change. It was the brutal wake-up call he needed: inevitably, his sister would die from the disease, and he needed to stay alive for her family, especially her kids.

He started on a diet of 1,700 calories a day, and 40 pounds his weight simply “melted off.” But then he hit a plateau. He switched up his diet to focus on eating chicken, turkey, legumes, vegetables, black coffee, tea, non-fat Greek yogurt, fruit and raw nuts. He shed even more weight, but plateaued again at 225 pounds. He persevered.

“When you have a history of binge eating and emotional eating you lose all faith in your ability to control your emotions and hunger,” he said. “I had no idea I was as mentally strong as I actually am.”

Kevin’s sister passed away in June of 2017. She left behind two young children: Henry, 3, and Sophia, 7. This only motivated him more. He started intermittent fasting, which help him shed the last 60 pounds of his 125-pound weight loss, completed in about 18 months.

Intermittent fasting consists of eating only for a certain number of hours of the day, and fasting the rest of the time. From noon to 8 p.m. he consumed as many calories he wanted.

This might just be my most shocking “Transformation Tuesday” photo yet! Shirtless pictures of myself—particularly those…

Happy Transformation Tuesday! I get lots of questions about my exercise routine, but spend most of my time talking about…

“I am shocked it works. There is always a new diet but this is very medically sound, which is why I loved it,” he said.

Kevin has maintained his weight loss, and has emphasized that his success is largely due to diet.

What an unbelievable transformation! Despite the sad circumstances, this man deserves a round of applause! He’s gotten healthy and now he can be there for his niece and nephew for many years to come. Please share to congratulate him!