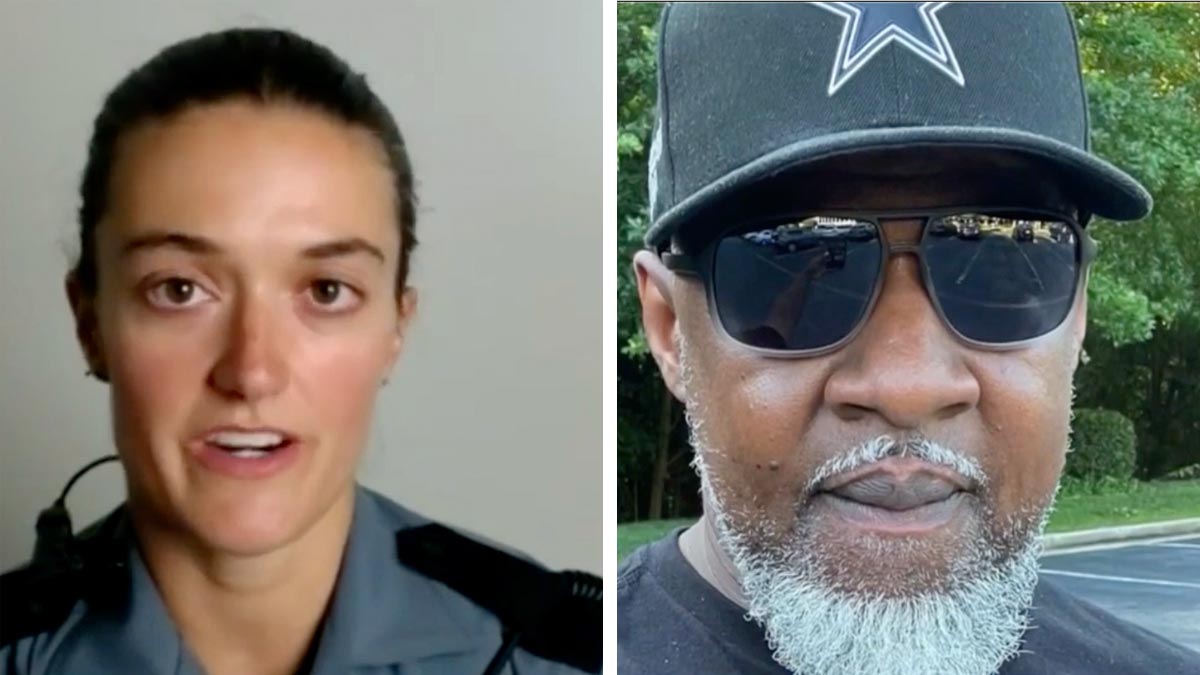 After experiencing a medical episode, a Virginia man is thanking police for saving his life.

Police spotted CJ Richardson driving on the wrong side of the road in Henrico County, Virginia in the beginning of August and thought he was trying to evade police.

But when they caught up to him they recognized he was in need of medical assistance.

Richardson, 51, said he was driving home on August 9 when driving home when he realized his blood sugar was getting dangerously low.

As he’s diabetic, he usually keeps something with him to prevent his blood sugar from getting too low, but on this particular day he didn’t have anything with him.

He hoped he would be able to make it home. Unfortunately he wasn’t able to.

Before he knew it he was driving on the opposite side of the road.

“That’s how out of it I really was,” Richardson said. “I’m like, just driving and I’m hearing people honking their horns, and I heard a lot of stuff going on. But I was confused.”

Police from two counties surrounded Richardson and eventually he pulled over.

Clements, one of the officers on the scene, said they initially thought the 51-year-old was trying to avoid the police, but they quickly realized he was in the middle of a medical emergency.

With the help of Henrico Fire and Richardson’s sister, who was brought to the scene by another officer, Richardson began to recover.

“They were there to protect and serve in a manner in which we want them to, because oftentimes, when we think of police officers, and getting stopped being a black man late at night, we don’t think that it’s going to end like this,” he said.

Thankfully Richardson survived and he didn’t injure anyone in the process. Now he’s using his scary situation to serve as a lesson for other diabetics.

Meanwhile the police are hoping that people will see that they do more than “take people to jail and arrest people.”

“We’re there to help the community and whatever that may mean.”

Thank you to the police officers who were not only able to stop CJ Richardson, but realized he was experiencing a medical emergency and responded in the correct manner.

Please share this story on Facebook as both a warning to those with diabetes and to thank the police officers who saved CJ’s life.