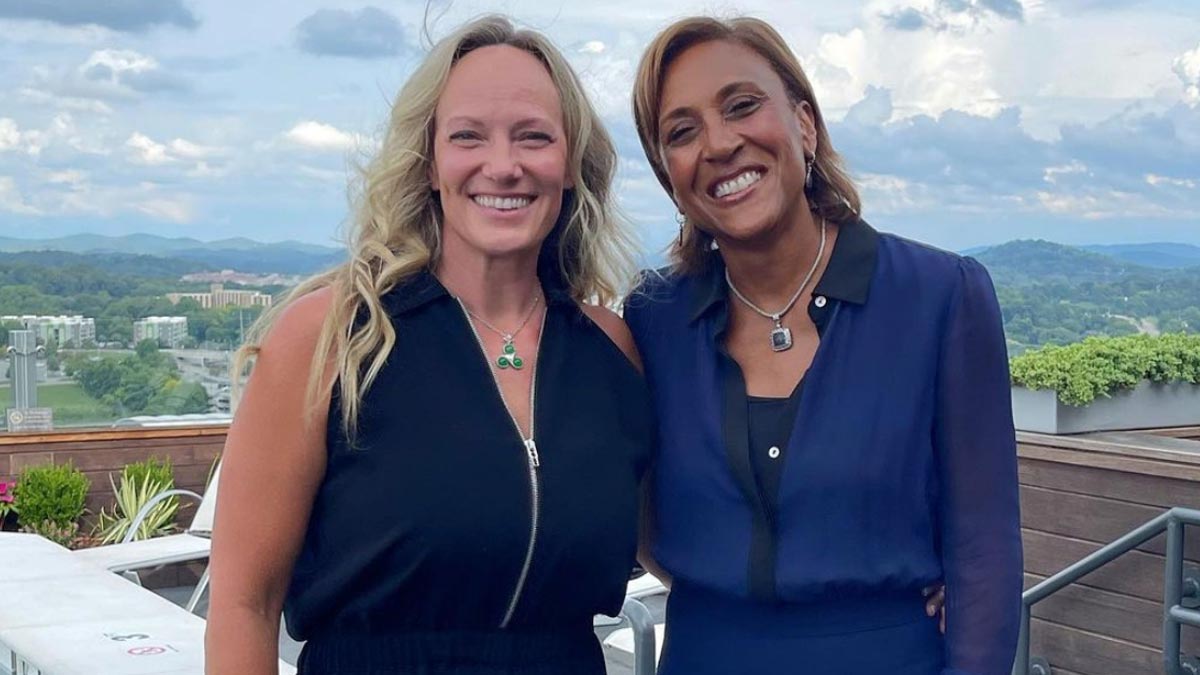 Good Morning America‘s Robin Roberts took to Instagram to celebrate the end of her partner’s radiation treatment. Amber Laign was diagnosed with breast cancer late last year, and in April 2022 she suspended her treatment after suffering complications.

But on Monday, Roberts shared a video of Laign ringing a bell to signify the end of her treatment.

Roberts, 61, and Laign, 47, met in 2005 after friends set them up on a blind date. Although their first two dates didn’t go as planned – they had to be rescheduled – the third date went so smoothly that they’ve been together ever since.

However it wasn’t until 2013 that the GMA host went public with her relationship. And in 2014 while reflecting on the bone marrow transplant she received due to myelodysplastic syndrome that she publicly thanked her longtime girlfriend Amber for her support.

“I am grateful for my entire family, my long time girlfriend, Amber, and friends as we prepare to celebrate a glorious new year together,” she wrote.

While Roberts’ career is in front of the camera, Laign prefers to stay out of the spotlight.

Despite keeping their relationship private, in February 2022, Roberts shared that Laign had been diagnosed with breast cancer several months earlier.

“My sweet Amber wanted me to tell you something that she’s been facing. At the end of last year, Amber was diagnosed with breast cancer. She had surgery last month, and this morning will begin chemotherapy,” she said in a touching video.

“Thankfully, the prognosis is good. And we’re so grateful to our family and close friends who have known this and have kept it private until Amber was ready to share it with others.”

Roberts said it was now her turn to be there for her girlfriend, just as Laign was there for Roberts during her “journey with cancer.”

Months later, Roberts revealed that Laign’s treatment for breast cancer had been suspended.

“She’s had some complications with the chemotherapy,” Roberts said. “They’re working it out. We’re gonna figure it out. The prognosis is still very good.”

“I’m just thankful that her spirits have been lifted. Recently it was a little tough there when — because she just wanted to get through it and to have this wrench thrown in our way — but I was able to tell her, as most people [who] have gone through cancer, this happens.”

Following what Roberts described as a “valley,” Laign was able to continue treatment.

“My treatment is done, the course is run, and I am on my way!” Laign said before she rang the bell signaling the end of her treatment.

“”This is indeed my #mondaymotivation🙏🏾.” Roberts wrote.

Congratulations, Amber! May you continue to experience good health.