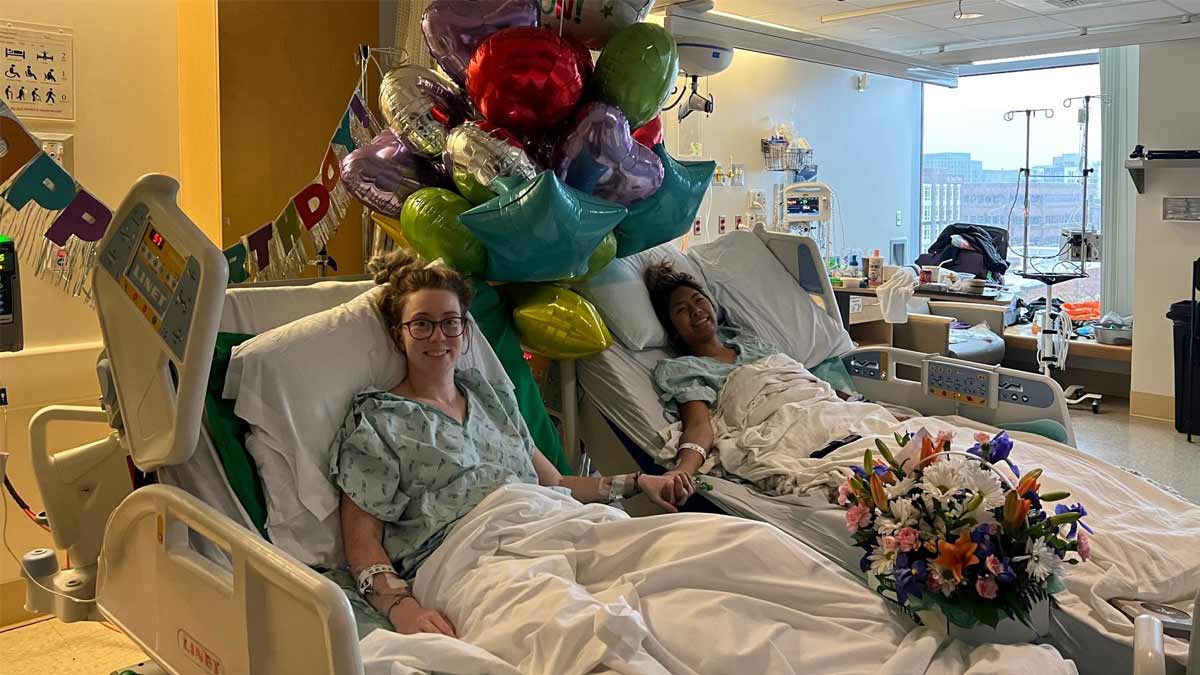 What should have been a fun birthday trip turned into a nightmare for an Oklahoma couple.

Lauren Perry and her girlfriend Jenny Vu were hit by a series of unfortunate events which left them with severe injuries. Both, who have been unable to return to work, are still recovering.

The couple and their Irish Setter, Iver, were visiting Washington State for Lauren’s 24th birthday.

“I was so excited. Like this has to be perfect. We drove 2 1/2 hours from our hotel to Ruby Beach,” she told KFOR.

The couple enjoyed their time at the scenic beach, but as they were getting ready to go a rogue wave hit them.

“I happened just to turn my head and looked back, and as I did, that’s when the wave was coming,” Lauren said.

“It was about five or six feet above my head. I don’t even know how… I just looked and saw it, and I looked at her, and I had time to say go Jenny… run! I tried to push her forward just as it crashed.”

The power of the wave took out both Lauren and Jenny and the two fell face first into rocks.

“All I remember is just water covering my entire body, and I told myself to close my eyes and hold my breath,” Jenny said. “And so when I did, a giant tree hit me, and I blacked out.”

While Lauren was able to stand up after the wave hit them, Jenny was still blacked out. She pulled her girlfriend away from the water, but she too blacked out.

Luckily bystanders came to their rescue.

They called 911 and began administering first aid while they waited for first responders. According to KOKH, it took 45 minutes for one ambulance to arrive, and 15 more minutes for the second to arrive.

Both women were transported to the nearest hospital in Forks, Washington where doctors and nurses stabilized them. Since the hospital wasn’t equipped to handle trauma patients, arrangements were made for them to be transported to Harborview Medical Center in Seattle.

Lauren and Jenny were placed in an ambulance and began the 45-minute drive to the airport. On the way they got into an accident.

“The ambulance actually blew a tire and started fishtailing and hit a tree,” Lauren said.

“It was so painful. I just remember us yelling in this ambulance in straight agony,” Jenny said.

By then the couple had gone over six hours without pain medication. Thankfully once they arrived at the airport and were placed on separate medical planes, they were sedated.

“Both of our pelvic bones broke, we had pulmonary contusion where we had bruised lungs. She (Jenny) actually had a partially collapsed lung,” Lauren said. “We both had liver lacerations which caused the internal bleeding which was causing us to be in such critical condition.”

In addition, Jenny had fractured ribs on both sides as well as injuries to her head.

Luckily, their dog survived without any injury.

Although they’re both currently home in Oklahoma City, they have a long road to recovery. Neither are able to work, and while Lauren will be able to start physical therapy to learn how to walk in 12 weeks, it’s unclear if and when Jenny will be able to walk again.

“Our lives were so great and I don’t think we realize how great they were so it really goes back to DONT take it for granted,” Lauren said.

A GoFundMe has been set up to help the couple with expenses they have accrued due to their accident. So far more than $20,000 has been raised.

Sending my thoughts and prayers to Lauren and Jenny. I pray that they continue to heal.

Please share this story with your friends and family and pray that these two continue to recover.