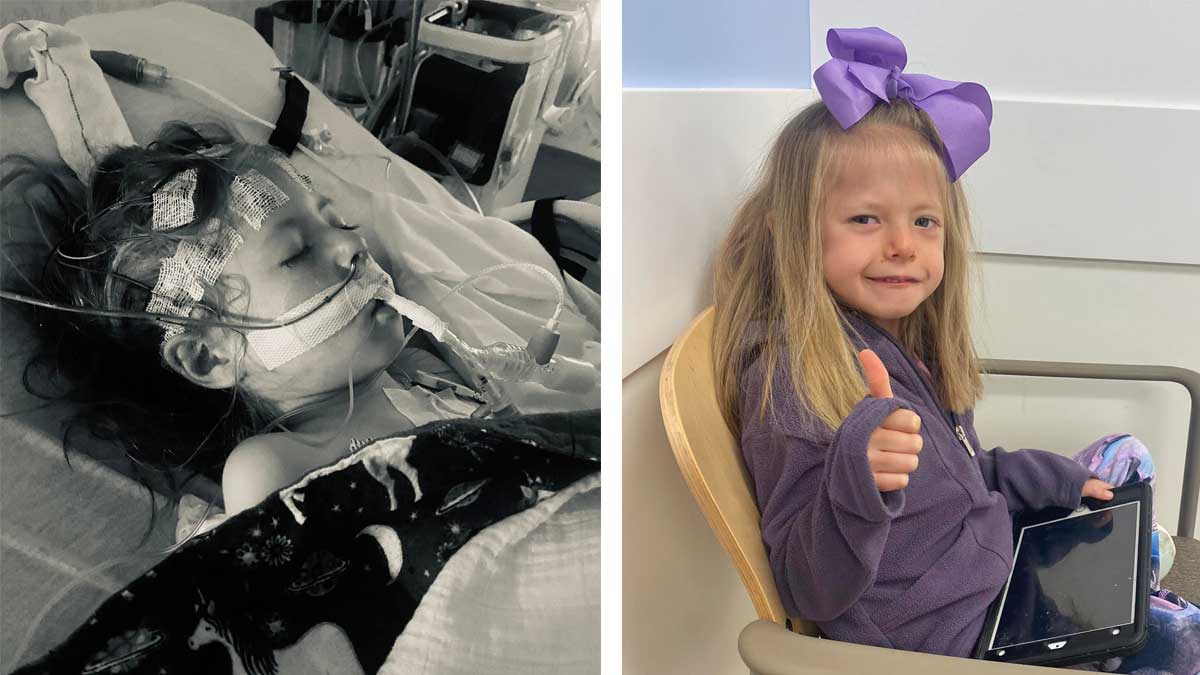 A year and a half after the Chisholm family of Zionsville, Indiana experienced the near drowning of their twin toddlers, they are once again dealing with heartbreak.

Recently, Charley underwent a routine medical procedure and while in recovery her lungs began to fill with fluid and she went into cardiac arrest.

“Every time I say to myself I can’t take one more thing…. One more thing happens. Honestly at this point I don’t even know how we are functioning. The exhaustion is beyond belief, the heartache is too cruel to even talk about.”

Charley was born with 22q syndrome which can affect any system in the body and lead to a wide and varying range of health issues.

The children’s mother Meagan was distraught.

How could she be reliving a nightmare?

On a Facebook page she dedicated to the recovery of her twins, Lainey and Levi, she shared that her daughter Charley was recovering from a procedure when she suffered a laryngeal spasm causing her to be unable to breathe.

Meagan couldn’t help but compare the frightening experience to when her twins nearly drowned in a friend’s pool. Lainey was able to make a full recovery, but Levi sustained significant brain injury. And more than a year after the incident Levi still continues to recover.

While questioning why her family was being put through another test, Charley underwent medical tests to see if any damage was done.

And finally some good news. Although Thursday night Charley suffered what doctors initially thought was a seizure, it turned out she was simply trying to wake up from sedation.

Her chest x-ray on Friday morning looked “great,” and doctors were able to lower the setting on her ventilator with the hope of extubating her on Saturday. Meagan wrote they also hope to start introducing food to Charley.

After experiencing a rollercoaster of emotions, Meagan has remained cautious about appearing too optimistic.

But she shared that it was hard to ignore the signs she witnessed at the hospital Thursday.

Yesterday I felt like I saw a lot of God winks during the chaos after her event. Honestly, I thought to myself don’t even let yourself believe that these are signs things will be okay because it seems like nothing goes how I think or hope it will but maybe – just maybe these were God winks to comfort me yesterday. A nurse had a shirt on that said “Charley’s Angels” and although it was for support of another Charley I couldn’t believe it was spelled just like our Charley. We had created Charley’s Angels shirts when Charley was in the Nicu. Then I saw “Levi” written on the poles. I’m always looking for signs and they were with us yesterday.

And now with the news that Charley’s condition appears to be improving, it looks like the Chislom family can breathe a little sign of relief.

Charley and her family still need our prayers.

Please share and send your prayers to little Charley for her continued healing.