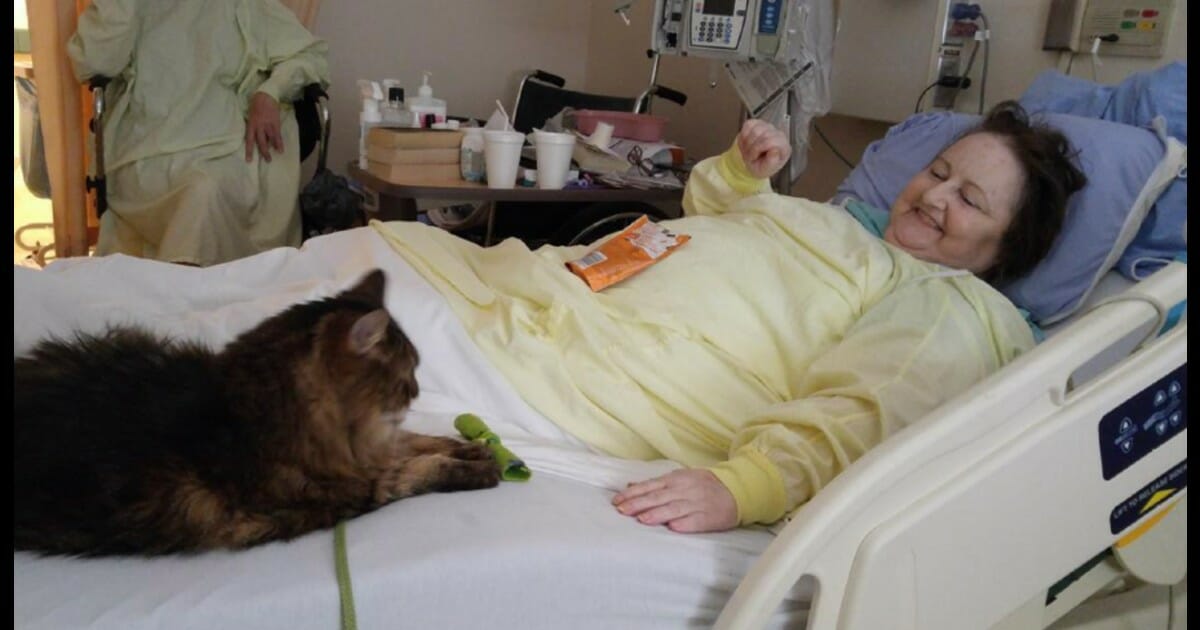 There have been several studies about the benefits of human-animal interactions, and though the results are mixed, there are many pet owners who would gladly list all the positive health benefits of having a pet by your side.

Zachary Noble didn’t have to explain how important his pets were to him, it showed. Whenever one of his dogs visited him while he was in the hospital, he felt better.

Unfortunately, he passed away, but his family saw the changes and wanted others to feel the same effect that their loved one experienced.

When he was 23 years old Zachary was diagnosed with Hodgkin’s Lymphoma. The Nova Scotia native, who later moved to Ontario, Canada to live with his aunt and uncle, had an aggressive form of cancer.

He was resistant to chemotherapy and radiation and a stem cell transplant was unsuccessful.

While Zachary spent weeks in and out of the hospital, he wanted to see his dogs. Typically hospitals don’t allow personal pets, but Juravinski Hospital worked with Zachary and his family to ensure that Zachary could see his dogs.

The reason we have #ZPFH is because of Zachary Noble. We miss him so much and are proud to see his final wish come true. ❤️ #HamOnt

The first time one of Zachary’s dog visited him he was in the ICU. Two days later, he felt well enough that he was able to be moved back to the hematology floor, according to Zachary’s Paws for Healing. Several days later one of his other dogs visited him and a few days later Zachary was well enough to return home.

“We watched the change that visits with his dogs made in his stress level, his desire to get well enough to go home and his overall happiness.”

While Zachary was a patient in the hospital, he longed to see his dog. Pets aren't typically approved visitors in hospitals, and we had to sneak Chase in to visit Zachary with the help of the hospital staff. Zachary was upset that companion pets aren't allowed to visit just as all other family members are, and he also worried that the staff could be placed in jeopardy for helping us. So before he died, we developed a plan to work with hospitals to provide the companion pet visits -Donna Jenkins. #dog #juravinskihospital #zacharyspawsforhealing #ZPFH

Sadly, Zachary passed away on November 28, 2014, but his family, especially his aunt, Donna Jenkins, wanted to carry on his legacy by helping others in similar situations. So they created Zachary’s Paws for Healing.

Jenkins worked with hospital staff, volunteers, and infection control to start a program for patients at the Canadian hospital.

The program was the first of its kind in Canada. Jenkins researched other programs already in place in the United States and used what she learned to start Zachary’s Paws for Healing.

“I searched them out, they have very successful programs of their own,” Jenkins told HuffPost in 2016. “Their help prevented us from having to reinvent the wheel.”

This is such a great program. I hope more hospitals will implement similar programs.

Not only do patients feel better, but it helps the pets too.