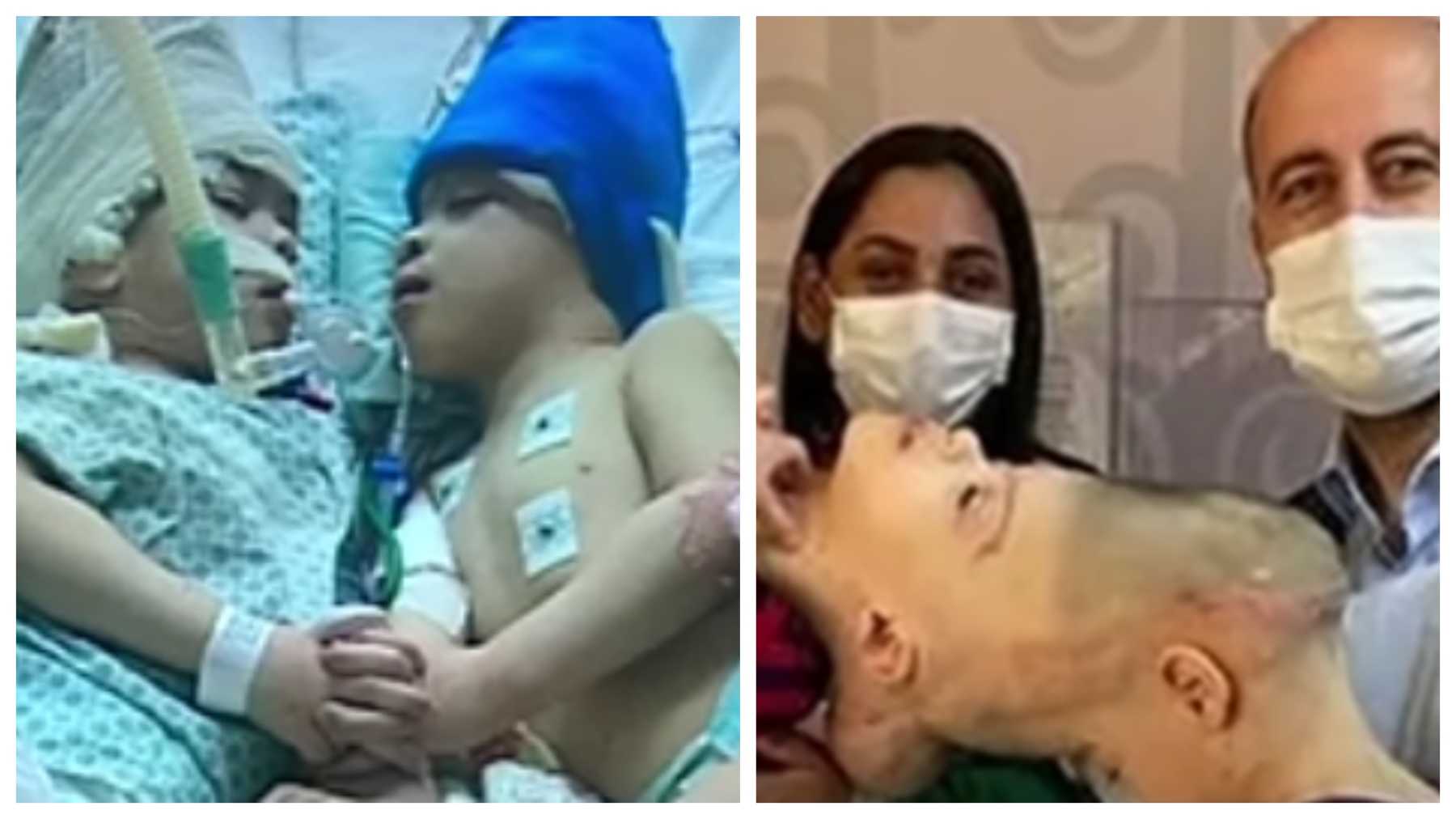 Bernardo and Arthur Lima were born as conjoined twins with fused brains and have lived that way for over 3 years—until now.

The surgery included the use of virtual reality tools and was announced as a resounding success on August 1 by the global nonprofit company that provided financial support for the surgery, Gemini Untwined.

Even more extraordinary is the fact that the conjoined Lima twins went through seven total procedures at Instituto Estadual do Cerebro Paulo Niemeyer in Rio de Janeiro.

The skill set of the professionals involved in the amazing, lengthy procedure culminated in the final two rounds of surgery for the 3-year-old twins, which lasted a total of more than 33 hours and included over 100 medical staff members.

Virtual reality tools allowed for months of training for the surgeons and also allowed medical professionals from various countries to work together on the operation in remote corners of the world.

Jeelani categorized the virtual reality procedure as a “remarkable achievement.” At first, he worried about the success rate of the procedure, keeping in mind that previous medical attempts to separate the Lima twins had failed. Now that the twins have been successfully separated, he is elated. “It’s just wonderful, it’s really great to see the anatomy and do the surgery before you actually put the children at any risk,” he said.

While the twins’ blood pressure did skyrocket temporarily after they were apart for the first time in their lives, allowing the boys to touch again solved the brief moment of risk.

“You can imagine how reassuring that is for the surgeons,” Jeelani explained in regards to the success of the surgery. “In some ways these operations are considered the hardest of our time, and to do it in virtual reality was just really man-on-Mars stuff.”

Understandably, he also explained how emotional the entire experience was, even for the trained medical professionals responsible for the success story.

“There were a lot of tears and hugs,” he said. “It was wonderful to be able to help them on this journey.”

Jeelani truly hopes that the charity can continue to support patients in need with the unique processes used in the twins’ procedure. “The idea behind the charity was to create a global health service for super-rare cases to try and improve results for these kids,” he said. “The model of what we have done, I think, can and should be replicated for other super-rare conditions.”

Thanks to the Almighty creator for a successful surgery. Kudos to the medical team for this feat. Long live the twins!