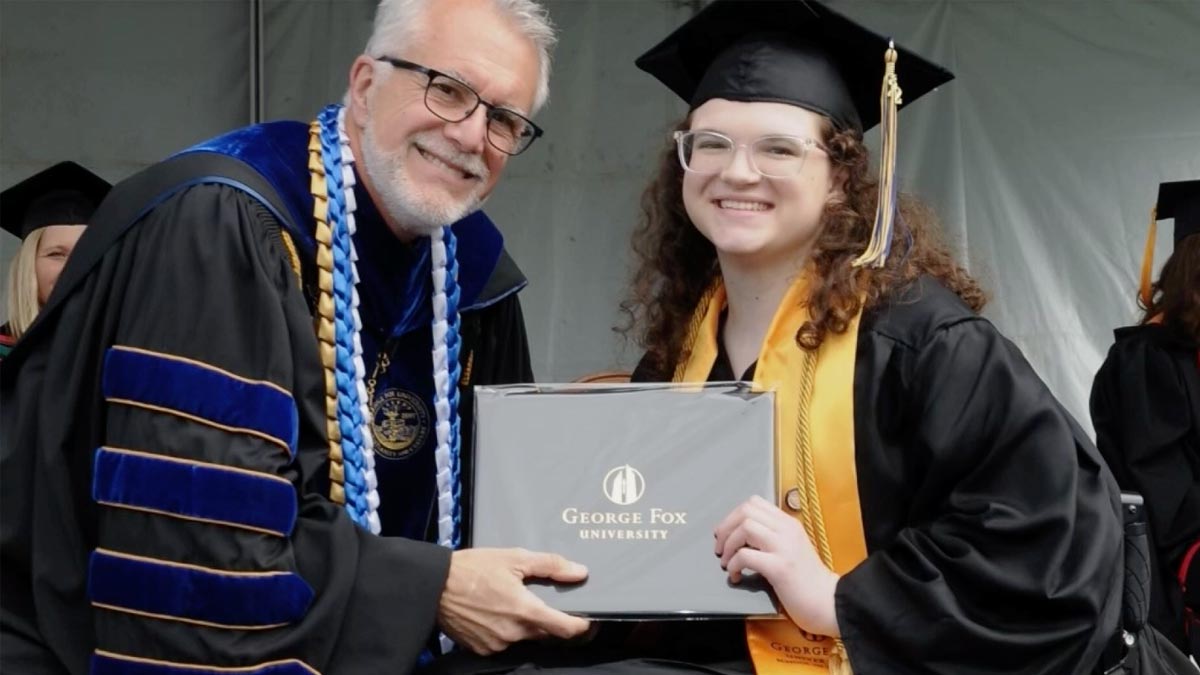 When Dani Hillenbrand received her diploma from George Fox University’s College of Nursing, she made history. She became the first person who uses a wheelchair to graduate nursing school in Oregon.

And she hopefully won’t be the last.

The 23-year-old first became interested in the medical field when she was 17 years old and took care of a family member who was in the hospital.

While in nursing school she suffered a medical episode that made her reliant on a wheelchair. Although many may have seen it has a setback, Hillenbrand saw it as an opportunity.

She said she already knew what she was capable of doing, the only challenging thing was facing those who made assumptions about her.

“There’s a lot of pre-existing assumptions made about disabled people,” she said. “A lot of the time people would refer to ‘oh, the wheelchair’ … it’s like, I’m not a wheelchair — this is a wheelchair.”

Now that she’s received her diploma Hillenbrand is ready to get out there and start helping patients.

“There are going to be really hard days, and it’s going to suck a lot of the time,” she said.

But she hopes that being a wheelchair user will help her connect with other people with disabilities in a way that most people in the medical field can’t.

Hillenbrand had this advice for others who want to follow in her footsteps: “You can’t let your advocacy for yourself waver. You have to know that you’re going to have to advocate really hard for yourself throughout all of it.”

Congratulations, Dani! You are an inspiration and proof that a disability doesn’t define you. Keep up the awesome work and you’ll continue to go far and inspire others.