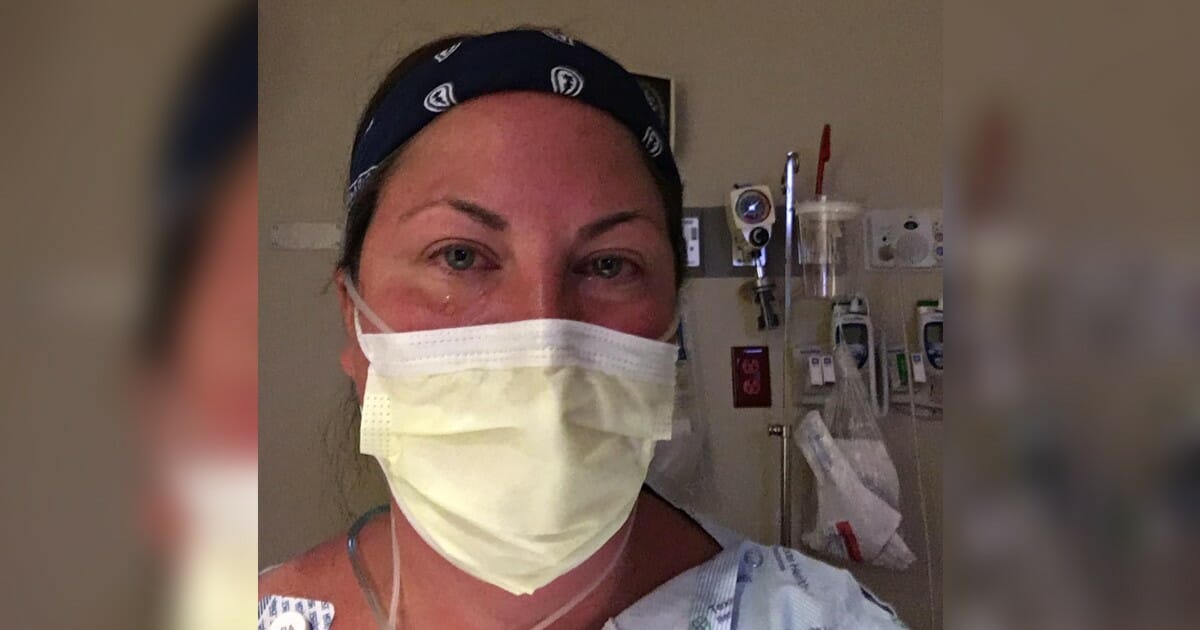 Months after the first recorded case of COVID-19 in the United States, every state has begun to reopen with some already well into the process.

Although the economy has restarted and people are trying to get back to a somewhat normal life, it does not mean the virus has disappeared.

She’s currently battling her second round of COVID-19 after having beat the potentially fatal virus months earlier.

In February, McKee tested positive for COVID-19 after experiencing “clear and obvious” symptoms.

“I had a dry cough like you would not believe. It would not stop,” she told NBC DFW.

Thankfully, she recovered and was able to donate her plasma to help other coronavirus patients.

“I felt great doing finally something good coming out of the hell that I’ve been through because I’m going to help up to eight people with this plasma.”

But on June 13, four months after McKee was diagnosed with COVID-19, she posted a picture on Facebook and shared unsettling news.

“For the SECOND time in 12 weeks I have contracted Covid19,” she wrote.

McKee said she was “floored” when she learned she was positive for the virus.

Although WHO officials believe there isn’t enough data to show that recovered patients are immune to a second infection, experts say there are a few reasons why patients like McKee could test positive a second time.

According to NBC News, a positive test after a negative one may be the result of the type of test that was used.

For some, the virus could simply take longer to leave the body.

In McKee’s case, her doctors believe the virus was dormant and then reemerged.

McKee, who originally went to the hospital for high blood pressure, said she hopes her case serves as a reminder for everyone to continue taking COVID-19 seriously and to wear a mask.

Were you aware that you could experience COVID-19 symptoms a second time?

If not, I’m sure there’s others you were unaware as well. Share this and let them know. Just because we’ve started reopening businesses does not mean the virus has disappeared. People are still getting sick!