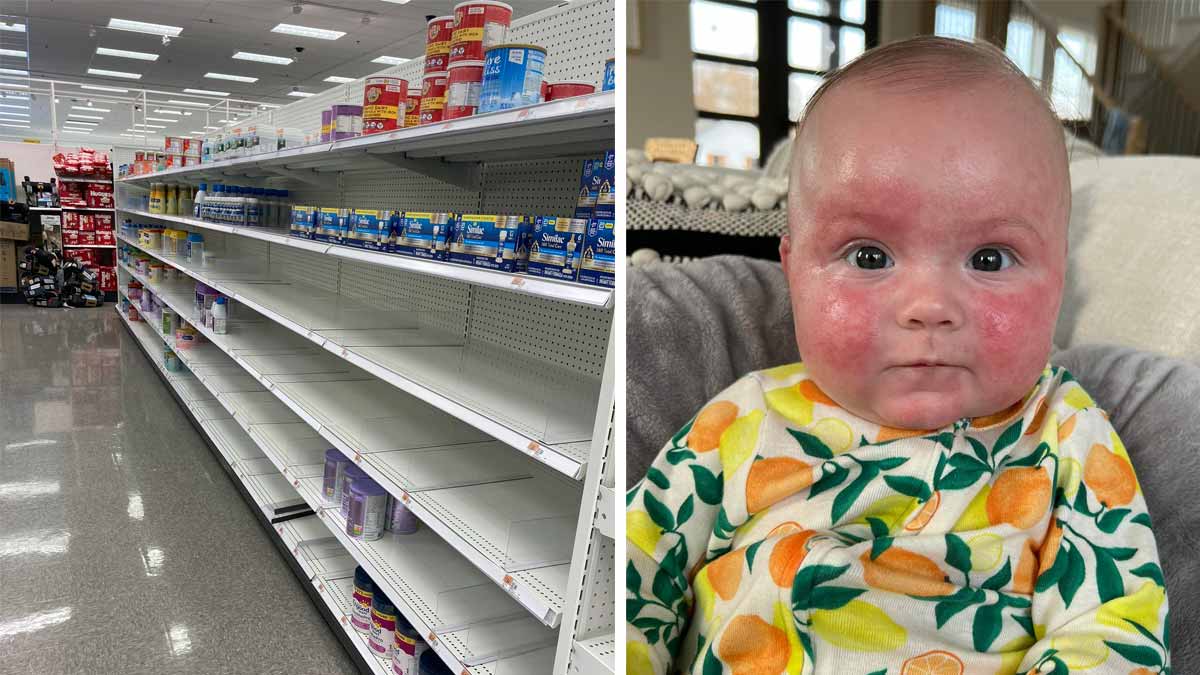 If you are the parent of a little one or know someone who is, then you probably know how hard it has been to find their baby’s formula.

Since the end of last year baby formula has become increasingly hard to find in stores due to a variety of reasons. Currently, 40 percent of the country’s formula supply is out of stock. And while replacing one formula with another brand or even cow’s milk may seem like the ideal solution, it’s far from the case.

One mom took to TikTok to explain why she can’t just buy any brand for her daughter. And she’s not alone.

Kayzie Weedman wanted to bring some awareness to a major issue that she and other parents who feed their children formula are facing: empty shelves.

“You go to your local Target, your local Walmart, and you think you’re going to get the formula your baby needs? Nope. Shelves are bare,” she said in her now viral TikTok.

Kayzie explained how she can’t substitute just any formula for her daughter, who has a “huge cow’s milk protein allergy.”

Like many babies who rely on special formulas, her daughter breaks out in a rash.

“So, what am I going to do when I go to the shelves and can’t get the formula that I need?”

She can’t even get her daughter’s prescription formula from the pharmacy because it’s backordered six months.

“I just have to sit there and stare at empty shelves and not know what I’m going to do next.”

The issues began earlier in the pandemic when formula was being stockpiled and gradually became worse.

Since most baby formula contains protein from cow’s milk that’s easier for babies to digest, little ones with an allergy to the protein are unable to easily switch to a more readily available brand.

While many suggest breastfeeding instead, Kayzie told Buzzfeed that suggestion is more frustrating than helpful.

“I could not breastfeed because of Palmer’s immune system and allergy needs. MY breastmilk was slowly killing my baby and if I did not have formula, she would be far worse off.”

It’s recommended that parents exclusively breastfeed their children for the first six months, however data shows that in 2018 only 26 percent of babies were breastfed during that time period.

This could be due to a number of factors including: medical conditions, trauma, and no parental leave.

Like many parents, Kayzie turned to social media for help finding her daughter formula. Thankfully she was able to find 12 cans, which she shared would last her three months.

“You all don’t know how much this means to me and it’s crazy how social media can be used.”

It breaks my heart to see so many parents struggling to find food for their babies. And what’s even worse is that many don’t have alternatives.

Please share this to bring even more awareness to the baby formula shortage and why parents can’t easily switch from one brand to another.