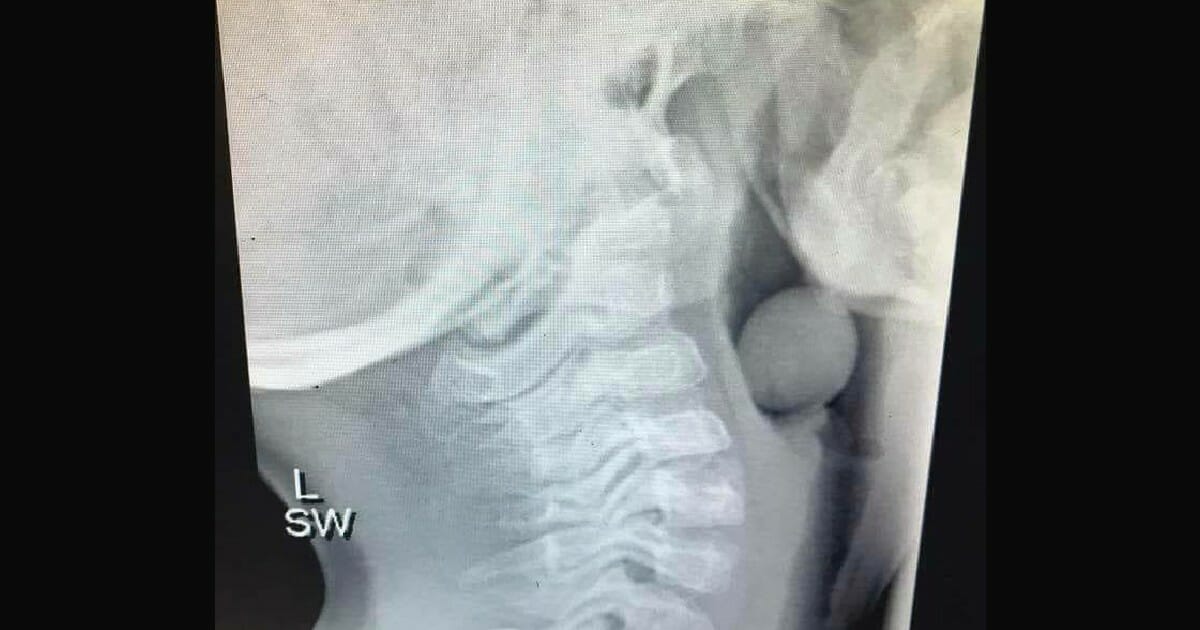 As parents you try and protect your child from every possible danger, but sometimes it’s just not possible. Accidents happen.

Angela Henderson, a blogger and experienced mental health clinician, shared an image of an X-ray that went viral. Although it went viral in 2017, the message is still relevant and worth sharing today.

The image shows a grape stuck in the top of a five-year-old’s airway. Henderson wrote that in order for the grape to be removed the boy had to be operated on under general anesthetic.

“He is VERY lucky that part of his airway was open or else this could have ended badly,” she wrote on Facebook.

While Henderson advised parents and guardians to “cut the damn grapes,” because “not all kids chew their foods,” many took to the comments to offer their own suggestions.

But perhaps the best advice was…

99.9% of kids will never choke on a grape, or a button, or the eye off a doll from China. They will not die of measles, or in car crashes or be kidnapped by bad people. Keep them as safe as you can – but please don’t wrap them in cotton wool – because if you do – they may survive childhood – but they’ll be ill equipped to deal with adulthood.

So, whether you cut your children’s grapes or leave them whole, teach them the importance of chewing all the food in their mouth before they swallow. Teach them why they shouldn’t run with food in their mouth, and remind them to keep other objects that aren’t edible out of their mouths.

This is a very important reminder for anyone, no matter how old you are. Share this on Facebook to spread the word.