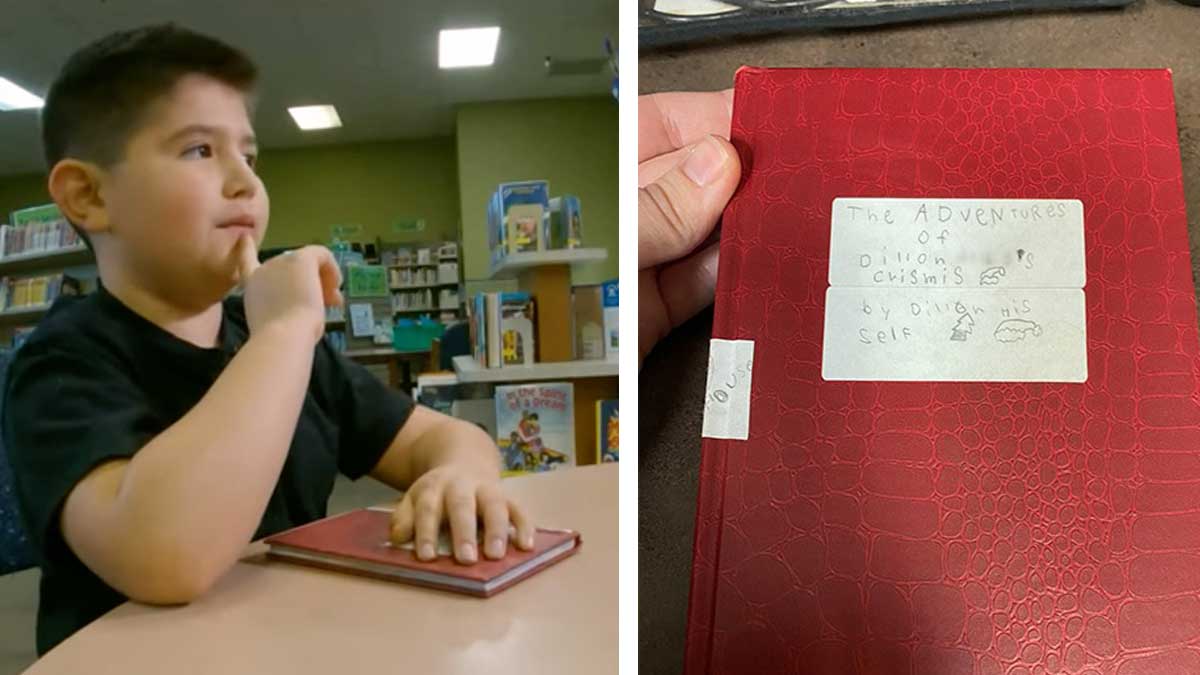 A new author has been receiving a lot of attention after they used an unconventional approach to get their debut work into the hands of the public.

Dillon Helbig, 8, was at the Ada Community Library’s Lake Hazel Branch in Boise, Idaho with his grandmother late last year when he decided it would be the perfect time to launch his 81-page comic book.

So he left his book, “The Adventures of Dillon Helbig’s Crismis,” on the shelves in hopes that someone would check it out.

To his surprise, his book, which has been officially processed and catalogued, now has a waitlist more than 50 people long.

“I wanted to put my book in the library center since I was 5, and I always had a love for books and libraries,” the 8-year-old told Good Morning America.

When Dillion’s mother, Susan Helbig, learned where her son’s self-published book was, she contacted the library and asked them not to throw it away.

To her surprise they told her it “was far too obviously special an item for us to consider getting rid of it.”

“It was a sneaky act,” Alex Hartman, the branch manager, told The Washington Post.

Sneaky act or not, Hartman said he didn’t think it was a “self-promotion thing.”

“He just genuinely wanted other people to be able to enjoy his story.”

The library took the necessary steps to make it so cardholders could check out Dillion’s comic book.

However, those wishing to read Dillion’s story, which is complete with colorful illustrations, will have to wait awhile. According to People, 55 library cardholders are currently on the waitlist, and each person can have the book for up to four weeks.

Dillion already has plans for another comic book, “The Jacket Eating Closet,” which is based on a true story.

“We are so proud of him. We see him drawing and writing books, and he keeps himself busy for hours and days on end,” his mother said. “It was pretty awesome to see he had the gumption to put this one on the shelf. He wanted it in there and he got it in there.”

Keep it up Dillion, and you’ll go far!

Please share this inspiring story with your friends and family.