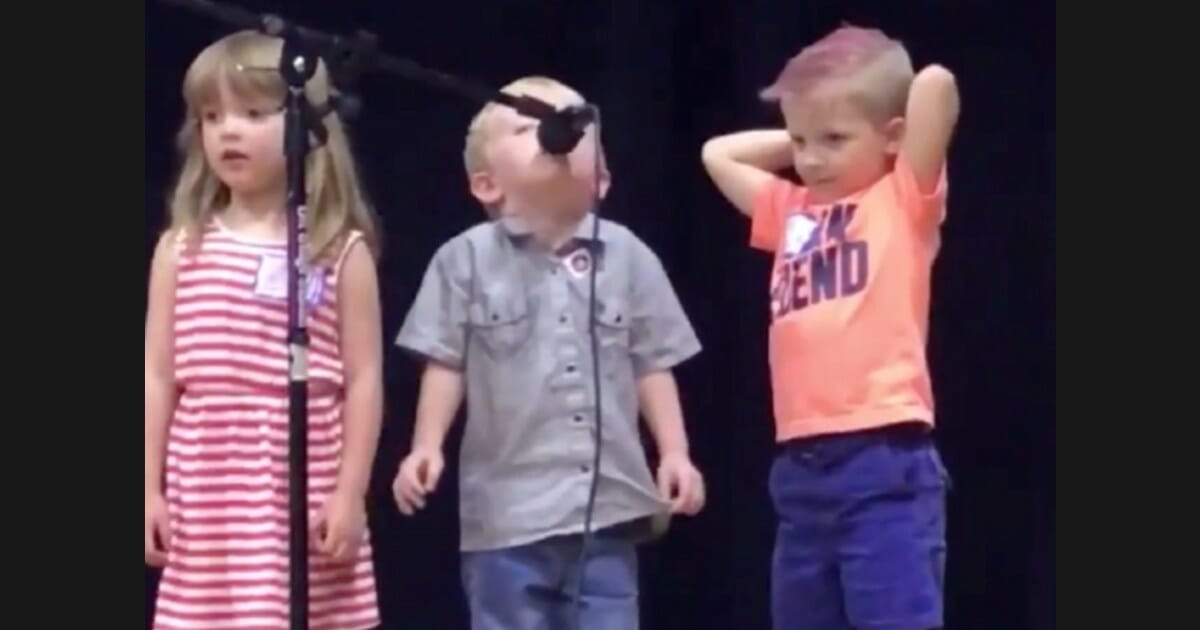 Kids. You gotta love them.

Erin Gibson recently shared a short clip of her cousin’s son performing at a talent show in Buffalo, Wyoming. Usually, unless you’re a relative, a children’s talent show won’t interest you, but this one you’ll want to see.

You might actually wish the clip was a little longer.

The three children, who are cousins, were in the middle of singing their own version of the classic “Twinkle Twinkle Little Star,” when one of the boys decided to steal the spotlight.

Sometimes when I need to laugh, I think about the time my cousin’s son took over a group rendition of Twinkle Twinkle Little Star to sing the Imperial March pic.twitter.com/wnjy2rZFFQ

Do you recognize the tune? Rather than continue with the popular lullaby, he started to sing “The Imperial March” from Star Wars.

Since Gibson shared the video on May 26 it’s been viewed over eight million times. Even Luke Skywalker, er, Mark Hamill noticed the Star Wars fan.

Watch the video below for more fun from the talent show!

I can’t stop laughing. Pass this story on if you got a good laugh from this little boy’s adorable rendition of “The Imperial March.”