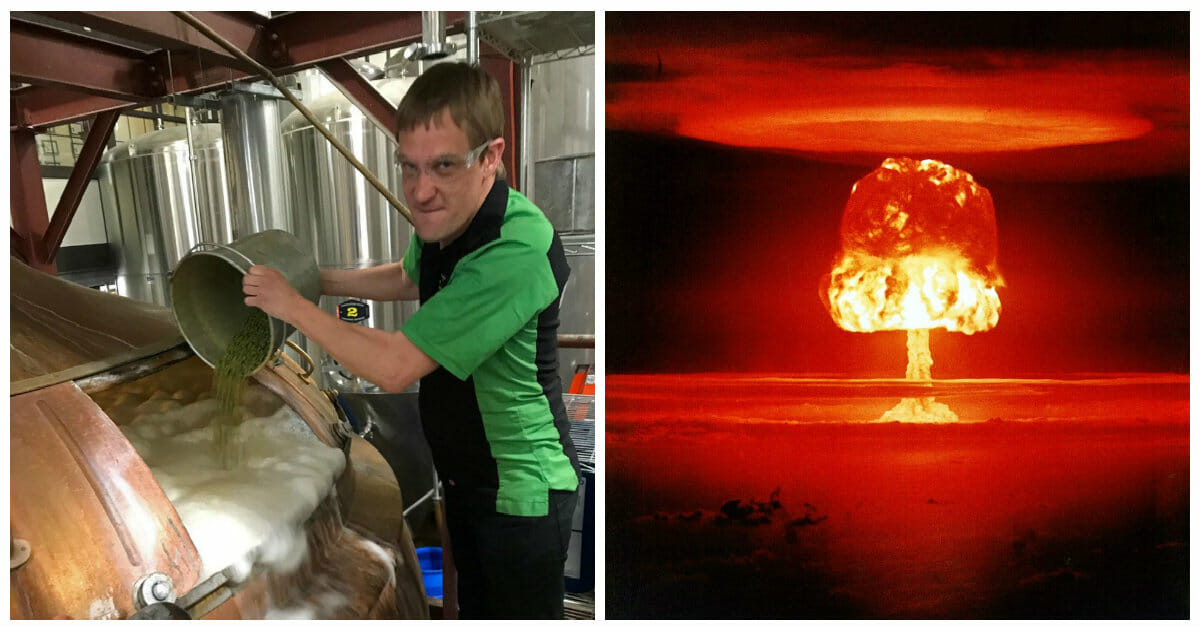 Many of us can’t resist a nice tasty beer… but what if there was a chance your cold one might literally explode?

That’s the question posed by one brewery who says their new limited-edition batch does have the risk of becoming explosive, but otherwise it’s perfectly safe to drink. (We’ve all had nights of drinking blow up in our face, but never quite like this.)

Lakefront Brewery, based in Milwaukee, Wisconsin, recently announced a recall of a beer called My Turn Junk. It turns out the ingredients used in the brewing were, potentially, a recipe for disaster.

“Wild yeast from the cherries used to brew the beer may continue to ferment, building up pressure in the bottles, making them at risk for explosion,” the brewery wrote in an Instagram post. (Guess you could call it a “cherry bomb”?)

They brewery asked purchasers to either refrigerate the beer, or to dispose of it and receive a refund. But if you want to roll the dice, the brewery says “the beer itself is completely safe to drink.”

Friends, we’re asking anyone with bottles of My Turn Junk to either refrigerate or carefully dispose of them. Wild yeast from the cherries used to brew the beer may continue to ferment, building up pressure in the bottles, making them at risk for explosion. The beer itself is completely safe to drink. We’re offering a refund to those who dispose of their My Turn Junk. Shoot a photograph of the bottle’s back label, send it to [email protected], along with your address, by October 1st and we’ll send you a check. Thanks for helping us out and cheers!

While the recall is probably a smart move, it’s unfortunate for the man behind the beer, an employee who finally got a chance to brew his own creation.

The “My Turn” series allows brewery workers to make their own beer. This month the honor went to Andy Jungwirth, who made “Junk” his passion project.

“I was there on the brew-deck brewing the beer with the brewer,” Jungwirth told WTVR. “I was adding the cherries with our cellar men in the fermentation tank. I was on the packaging line bottling this beer. Every step of the way.”

It’s Andy Junk brewing My Turn: JUNK! We hope you are enjoying his perfect summer crusher of a cherry sakura kettle sour. As with all of our My Turn Series beers, it’s a one-and-done brew so grab some now before it’s too late! #myturnjunk #sourbeer #kettlesour #gatewaybeer #punk #funk

Sadly, his labor of love had to be recalled.

“It’s very disappointing. Of course I’m disappointed,” Jungwirth said. “I really wish we would make another batch now that we know what possibly went wrong, but we’re going to move on.”

However, he can still hold his head up high: people who did try the beer seem to have enjoyed it.

“That stuff was amazing!” one commenter wrote on Instagram. “Maybe Mr. Junk needs another My Turn to create another amazing beer!!!”

“I’ll help dispose of it,” another person joked.

Maybe some adventurous beer drinkers will still take a chance on this explosive beer. Maybe make a high-stakes drinking game out of it.