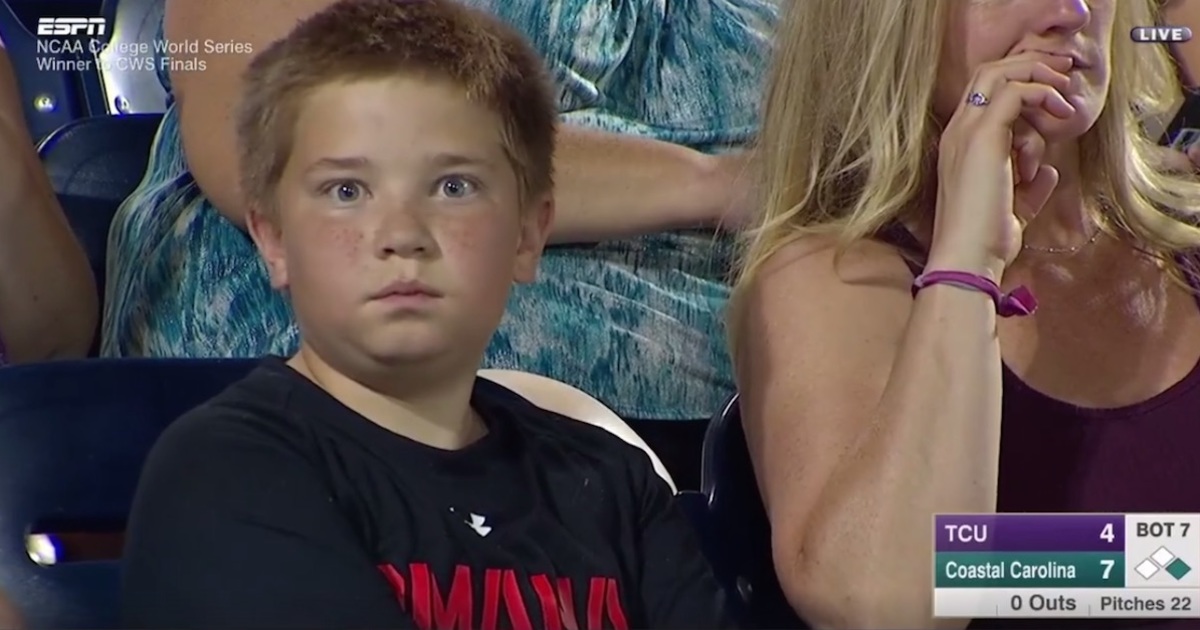 There’s something about baseball that makes it a much more leisurely game than other sports. Maybe it’s the fact that there’s no clock, but especially on TV, there are a lot of moments in between play when the sportscasters add color to the game or the TV cameras turn toward the crowd for some premium people watching. And it doesn’t get much better than what happened at a College World Series game Omaha, Nebraska last Saturday night. The TCU Horned Frogs were playing the Coastal Carolina Chanticleers, but the game will be remembered for one little boy in the crowd who had the ESPN sportscasters in stitches. When he notices the camera pan toward him, the young fan decides to give the camera a show. He instantly locks his eyes with the camera and lifts his eyebrows unexpectedly to great comic effect. The anchors can’t handle it when the hilarity just keeps going. At one point, one of them asks, “How long can he go on?” And as it turns out, this natural comedian is able to draw out his performance for a full 90 seconds! Wait for the ending though, which is my favorite part. For a while, the boy’s mom is too sucked into the game to notice what’s going on. But when she sees the camera, her reaction is hysterical. Watch the hilarious clip below!