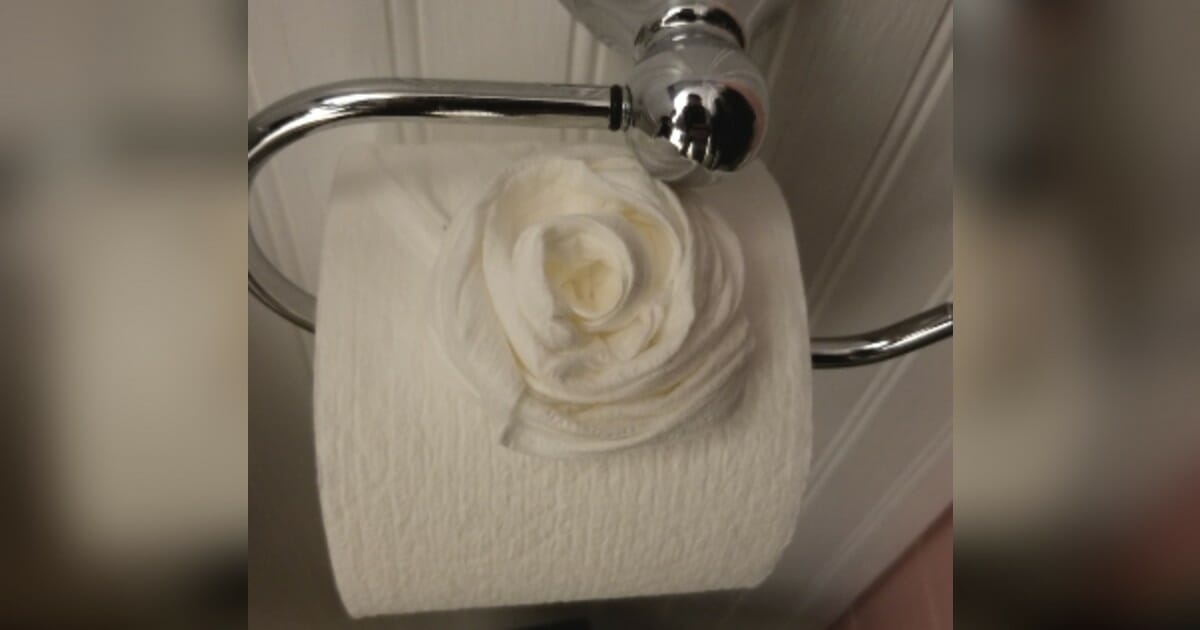 A Massachusetts man recently came home to find that someone had entered his home while he was at work.

But there was something odd, although things had been moved, nothing appeared to be stolen.

“You could smell the cleaning chemicals,” Nate Roman told WBZ-TV.

Concerned about the smell, Roman investigated further and noticed that his son’s room and the bathrooms had been cleaned.

“I went in to protective parent mode when I saw that my son’s room had been cleaned and called the police,” he told CBS News.

Police spoke to Roman’s neighbors, but no one saw anyone suspicious enter the home, so there are no suspects.

“It was a tense couple of days, just worried,” Roman said. “Just cause someone was in the house. It’s like, I’ve been waiting to open a cabinet and find that creepy artifact, you know.”

But so far the only creepy thing he’s found were some toilet paper roses.

“It was really the roses that really got me thinking that some professional cleaner had accidentally stumbled into my house,” he said. “If I was going to judge the quality of a toilet paper rose I would call this high quality.”

He shared the bizarre experience on Facebook, where many people expressed interest in having strangers break into their own homes to clean.

Hopefully, no one actually follows through, but if they do make sure to clean the kitchen too! Roman said he was a little disappointed whoever stumbled into his home skipped that room.

Thankfully nothing was stolen, but this incident serves as a good reminder to remember to lock your doors when you’re not home.

Pass this article on if you’d be creeped out if someone entered your home and cleaned it.