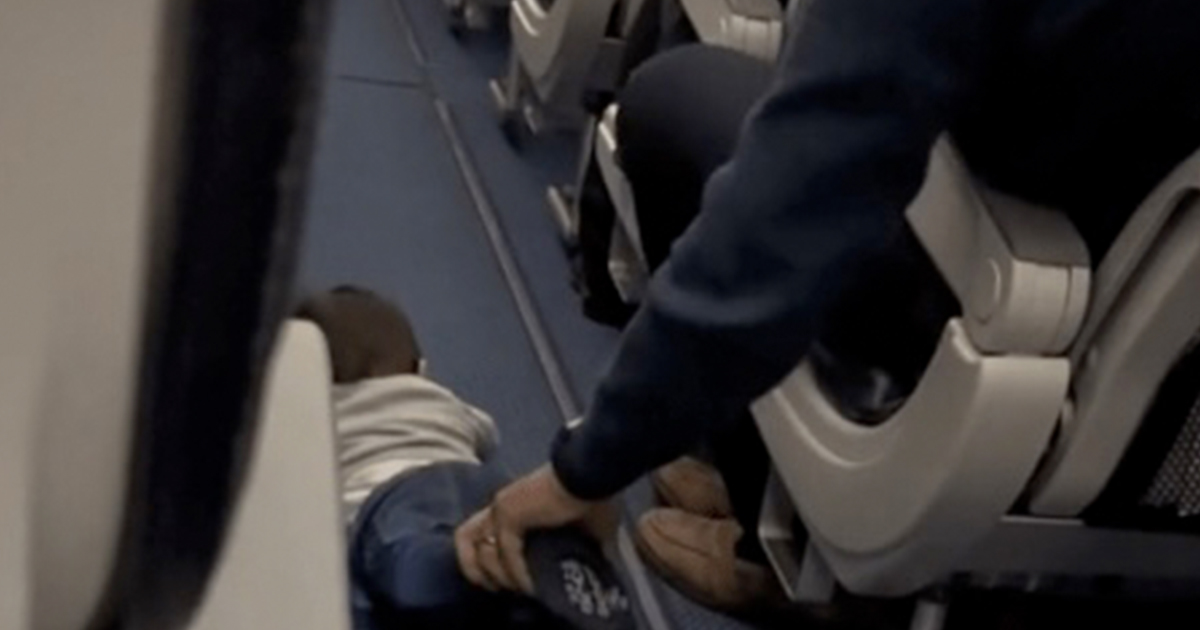 When most people must travel with their babies, they dread the energy and fatigue their infant will express in the crowded planes. However, this Tiktok user may have discovered a genius parenting hack when she sat a few rows behind this father…

Long flights can be overwhelming for babies and their parents. The stress of the feelings of other passengers, in addition to the normal stressors of parenting, can be too much to handle. This father, however, has it under control.

Darcey (@darceomatic) is a TikToker and fiction writer who saw the father and baby on a recent flight. A few rows ahead of her, Darcey saw a dad letting his baby get some exercise on the plane without ever having to move from his own seat.

While the father leans back to relax in his seat, his baby crawls in the aisle of the plane. Dad casually reaches over to pull the baby back, who then begins crawling again until he is pulled back. This continues, delighting the child and allowing the father to relax with minimal effort.

By the end of the video, it is clear the baby has successfully been tired out as he lies down instead of continuing to crawl.

The views, likes, and comments indicate that viewers are blown away by this simple but uncommon idea.

We love that this dad found a way to entertain his baby on a flight without tiring himself out! What do you think? Let us know in the comments!