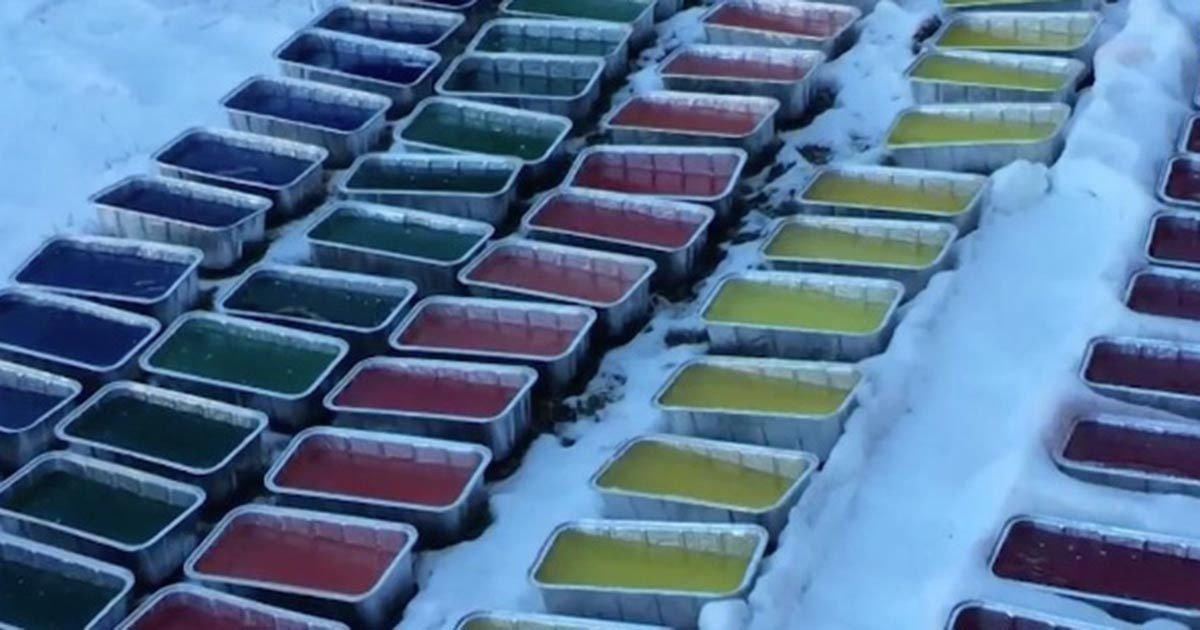 When the US was recently hit by the January 2016 blizzard, many preferred to snuggle up indoors. I won’t deny that I’m one of those people who like to cozy up in thick flannel and sit by a fireplace and simply feel the warmth. But 18-year-old hockey player and student Mitch Fritz had a totally different idea in mind.

He began by buying 500 banana bread tins, filling each with different food coloring colors. He then allowed them to freeze overnight. Strong>

The next morning when the tins were frozen to ice, he removed them from the aluminium tins. It was now time to start building his cool concept strong>.

In the evenings he lit a small lamp inside the igloo which makes the entire structure light up. Mitch says he is very satisfied with the results.

15 hours later, Mitch’s original project was complete: a colorful igloo which can be lit up at night! Strong>

“It’s kind of neat how you can use all the natural materials in different ways, whether you’re playing hockey on it or building an igloo,” Mitch told Karell 11.

Talk about a very cool result – no pun intended 😉

Take a look at this video to see how Mitch went about building his cool igloo:

Share Mitch’s creative idea with all your friends to remind them that imagination has no limits! 🙂 strong>