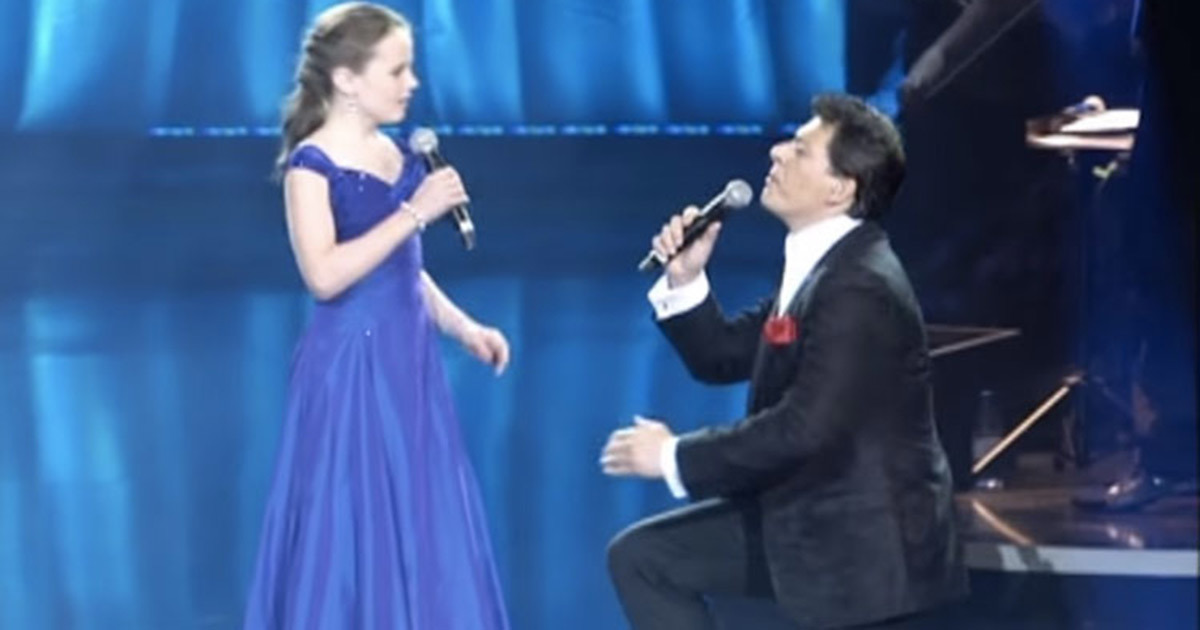 There are times when you just know that someone is going to make it big. They simply have something special which combined with real talent can really result in a next global star.

This is the exact kind of uniqueness that young Amira Willighagen has. At just 7-years-old, she was already dreaming of become an opera star. She would sit in front of her computer in her Dutch hometown of Nijmegen, watching video after video of some of the biggest stars. She had a will of steel, tireless ambition… and, well just that something ‘more’.

Two years later, 9-year-old Amira won first-place on popular television talent show, Holland’s Got Talent. The girl’s incredible talent quickly turned her into a worldwide sensation – and since then, she has only continued to grow.

To this day, no one is left untouched by the child – as we clearly see during a concert in South Africa last summer. 12-year-old Amira paired up with superstar Patrizio Buanne – and while Buanne’s has been active for years – long before Amira was even born, it was Amira who stunned everyone with her God-given talent.

Listen to this stunning interpretation of “O sole mio” and make sure you wait for the 57 second-mark – when Amira opens her mouth. Goose bumps guaranteed!

This kind of incomparable talent deserves all the attention it can get. Don’t hesitate to share this clip further so that more people get to listen to Amira Willighagen’s enchanting voice!