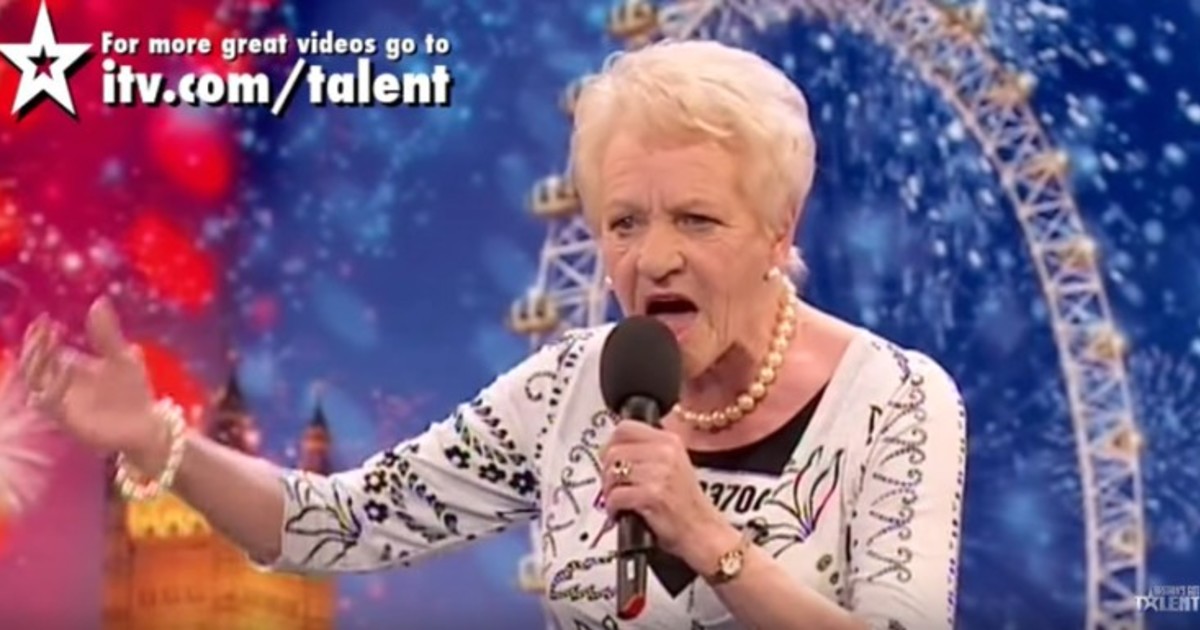 When 80-year-old Janey Cutler got up on stage in Britain’s Got Talents 2010, she was both nervous and somewhat confused.

The Scottish retiree and mother of 7 loved to sing to herself at home, and several friends had been nagging at her to give the public at large a shot instead.

She finally decided to give just that a shot.

Janey gathered all her courage and showed up on popular TV talent show, Britain’s Got Talent. The elderly lady requires help from the host to get up on stage, where she then faces the stern gaze of Simon Cowell on the jury panel.

He reacts rather skeptically when he sees her. She then announces that she will be singing the English version of “No Regrets” by Edith Piaf, based on the classic “Non, je ne regrette rien.”  The song is recognized as being very difficult to sing.

But it doesn’t take long before the 80-year-old has the entire crowd on their feet – and the jury filled with goosebumps. Have a listen to Janey’s epic performance for yourself below.

Have a look at her amazing performance below:

Janey, more popularly known as “Super Grandma” in the UK, ultimately went all the way to the finals where she finished in 9th place.

Unfortunately, she died in 2011, but her amazing voice and charisma will live on for a long time.

Please share Janey’s lovely audition to honor her memory – and so more people to discover this gem of a 80-year-old!