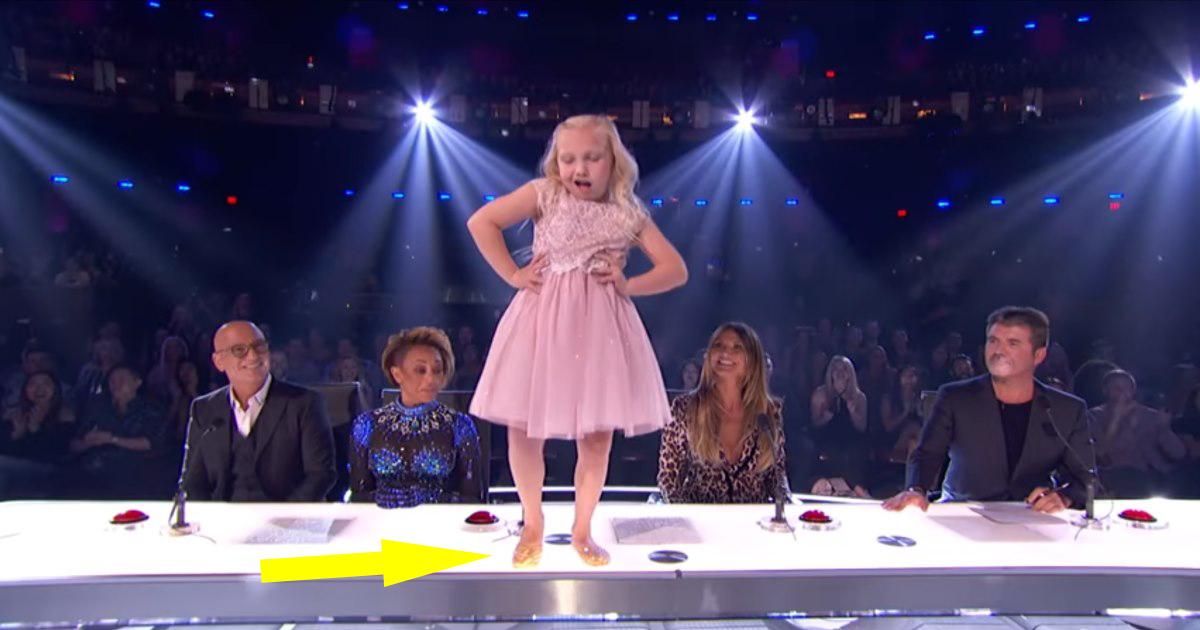 When nine-year-olds Artyon and Paige took the stage on “America’s Got Talent” again, the audience held its breath.

The last time the glorious duo from California appeared, they charmed the viewers and judges with a funky dance to “Barbie Girl.”

This time, Artyon and Paige travel back to the 80s and dance to the classic theme song from “Footloose” — and it was a brilliant performance.

Paige starts the show by dancing on the judges’ desk — in front of a surprised Simon Cowell.

Meanwhile, Artyon makes a magical sliding entrance as fireworks explode behind him.

Even before the two dancers meet center stage, I can tell these super talents are about to pull off a classic, almost Oscar-level, performance.

Onstage, Artyon and Paige are joined by several backup dancers, who are also dressed in 80s garb. All the while, a disco ball and neon lights give off an 80s vibes that will put a smile on everyone who loves the 80s!

Did I mention the inflatable dolphins? They’re a nice touch — but it’s still all about the dancing here. I mean, just check out the choreography! These kids can do anything!

Artyon and Paige really radiate onstage as they show off their incredible dance moves. It’s amazing how two young dancers can perform such advanced choreography. I’ve never seen anything like it!

And most importantly — they seem to be having a lot of fun. Just like the crowd. During the performance, the audience can’t stop cheering.

When the music stops, confetti rains down on the stage, and the audience and judges jump out of their seats and give the kids a long standing ovation.

Artyon and Paige really have talent! I hope we get to see a lot more of these two kids for a long time to come!

Check out their amazing performance here:

Fantastic! Share if Artyon and Paige also made your feet start tapping!