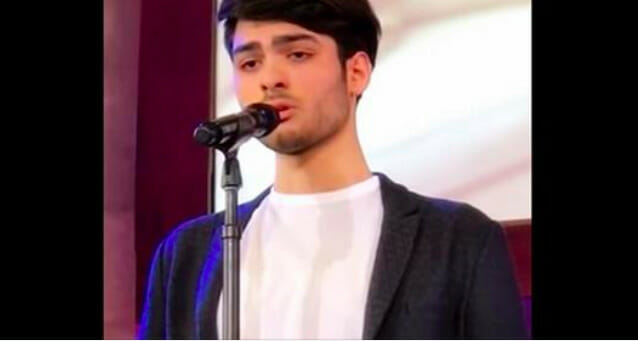 Andrea Bocelli has long charmed the world with his hypnotic singing voice and charisma — and 21-year-old son Matteo seems to be following quite closely in dad’s footsteps.

In fact, the Bocellis certainly know how to produce superstars, seemingly proving that talent is genetic indeed. It seems that everyone in that family can either sing, dance or act.

Andrea’s son Matteo Bocelli is young, handsome — and recently made waves online yet again with his interpretation of Elvis’ hit song, “Love Me Tender.”

Matteo’s performance is exemplary — especially considering just how difficult a song Elvis’ classic is to sing.

Matteo has appeared in duets alongside his dad, but naturally this much younger Bocelli still has much to learn before he reaches his dad’s stardom. It will take intensive vocal training, knowledge, and endless hours of practice before he can be considered an opera icon and reach dad’s level.

Nevertheless, Andrea is proud of his son and believes strongly in him.

“Matteo needs to finish his studies to be a serious singer,” the opera star told The National. “When you go to the doctor or to see a lawyer, you expect to find a serious professional. The same goes for singers. But Matteo has shown he has a gift. He has something you don’t learn.”

Matteo who is known to work very hard, humbly agrees with his dad. His willingness to grow as an artist is impressive.

“I know that to make my dream come true I have to study a lot,” he said.

The 21-year-old sure has loads of promise in him — and great genes! Just watch him effortlessly belt out Elvis’ difficult classic before a swooning audience.

What a superb performance by a natural born star! Share with your family and friends if you loved listening to Matteo, too.