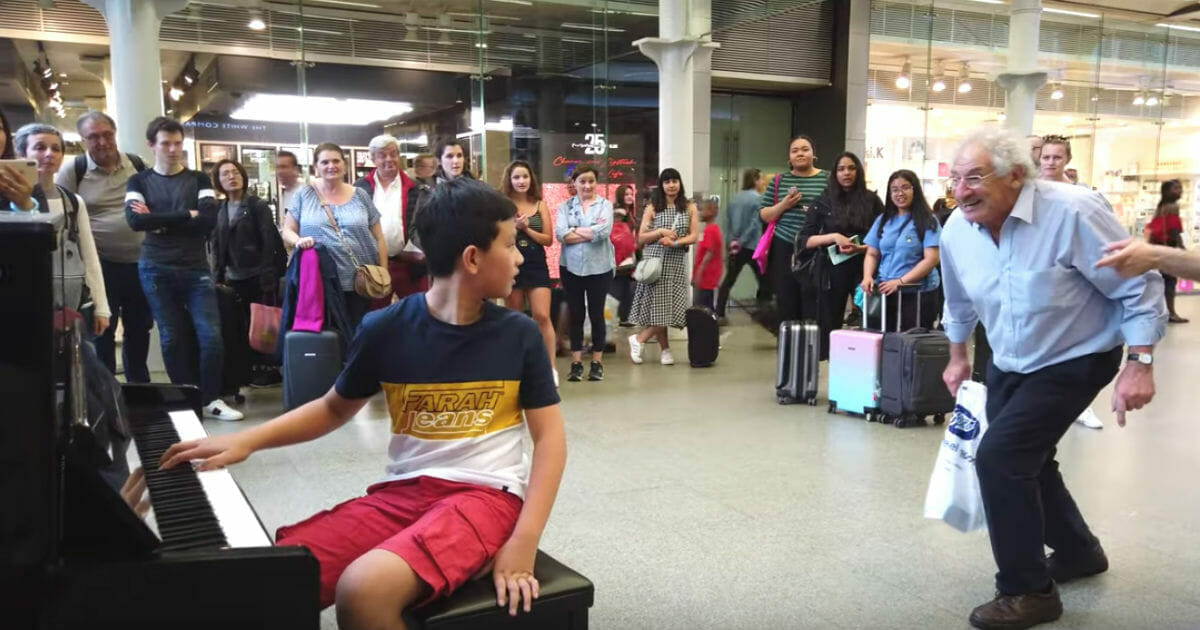 ‘Bohemian Rhapsody‘ was a song that immediately stood out.

For the legion of rock fans who had come to expect a certain sound from their icons, this song blew them all away.

Four decades after it was released, still no song has come close to the brilliance of this operatic/ballad/hard rock song.

Even for the most talented of singers, the thought of covering this legendary Queen tune is intimidating but this 12-year-old has no apprehensions as he sits down at a public piano.

He not only attempts one of the most iconic songs of modern times but in a crowded London venue in front of so many strangers.

Cole Lam sat down to play the piano at the busy London St. Pancras International Station.

The talented 12-year-old not only plays the piano but also the guitar and clarinet.

He is a songwriter, singer, and musical composer and has a YouTube channel with 120,000 subscribers.

So when he sat down at the piano and the gathering crowd heard the first few notes they knew what they were in for.

Two men even stopped to check that he was actually attempting ‘Bohemian Rhapsody’ solo, to which he responded with a nonchalant nod.

As Cole starts playing the crowd gets bigger and this busy central London train station has probably never been so quiet as the crowd stand mesmerized by his talent.

He even puts his own spin and timing on certain sections, only adding to the richness of this already powerful song.

When he plays his final note the crowd erupts with applause and this unassuming musical genius stands up with his back to the audience and looks at the camera recording him.

He clearly didn’t play this song for the adoration, this kid lives for playing music.

See for yourself in the clip below and prepare to be amazed.

He must have made so many busy travelers’ day with this wonderful rendition, what a privilege to have witnessed it live.

Please share this story so other people know about this musical genius. I can’t wait to see what he does next.