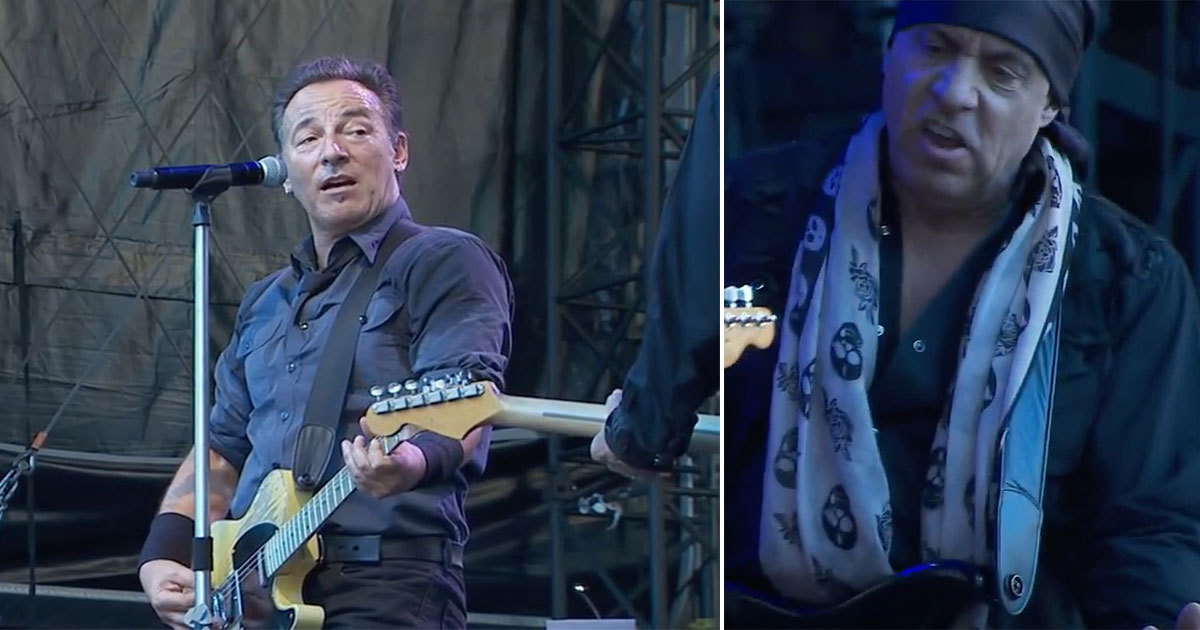 These days, performers usually prepare every detail of their concerts ahead of time. Especially when they are world-class artists like Bruce Springsteen.

But if you’re accomplished as much as Springsteen has, you can pretty much do whatever you want.

So when Bruce saw a sign in the audience during a concert in Leipzig, Germany asking him to play “You Can Never Tell” from the cult movie “Pulp Fiction,” he handled it, well, like a boss.

Bruce started by trying a couple of different keys and consulting with his band. In front of a crowd of 45,000, “The Boss” was straining. Not even the band could hide their surprise, and I can’t even imagine how the promoters and organizers were feeling.

Then a few seconds later, Bruce and the band gave it a shot—and I need hardly mention that the performance was a smashing success.

Share if you also think Bruce Springsteen is “The Boss”!