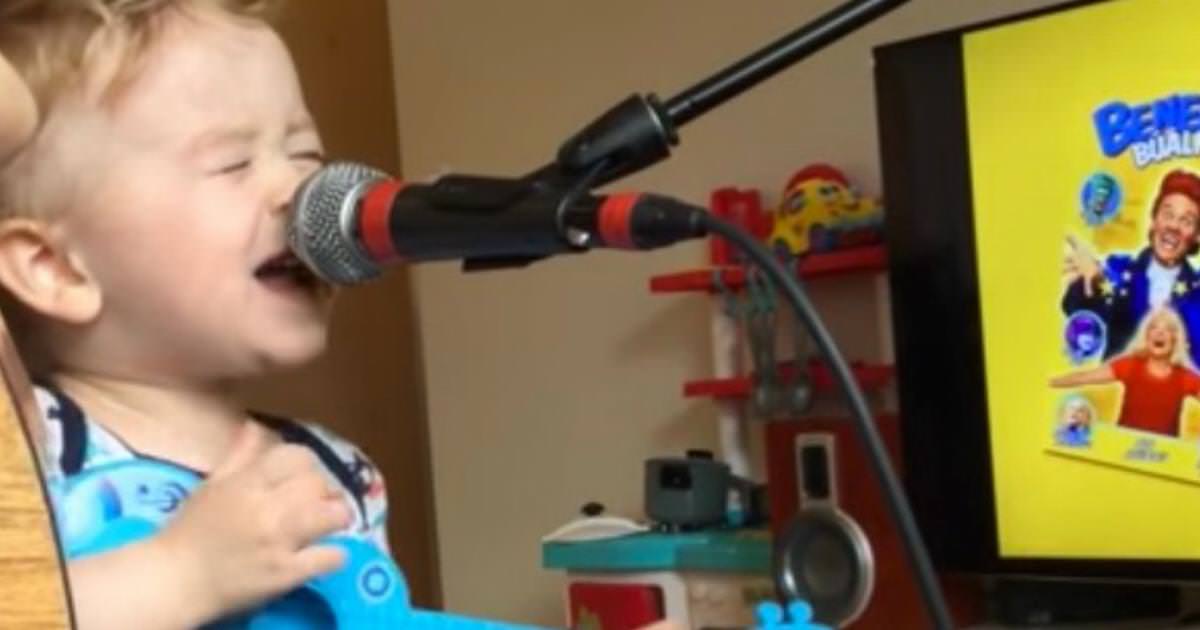 It’s no wonder that this little guy has managed to get millions of people worldwide to smile.

In a video that’s gone viral, you can see stepdad playing the guitar and singing, as Daniel helps out by singing in the background on a microphone.

He can barely reach the microphone but this doesn’t stop him from really going loose. It’s just too darn cute.

Together, the duo perform Ed Sheeran’s song “Thinking Out Loud”.

Daniel’s mother originally uploaded the video of her son on the internet so that her brother could watch it.

She never could have never imagined it was going to get so much attention. People started to really take a liking to it and sharing it with their friends.

Today, the video has received over 13 million views, the Daily Mail reports, and we can see why.

Take a look at the video below and you’ll see it too!

Don’t be selfish, make sure to share this clip with all your friends on Facebook so they don’t miss out on this adorable performance!