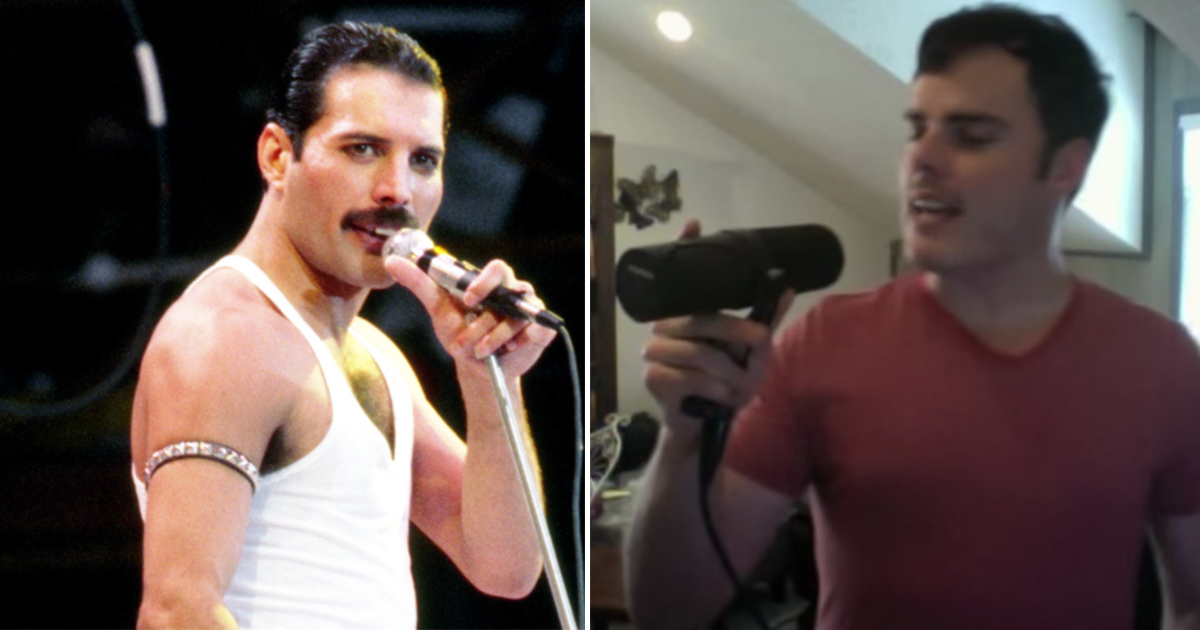 Freddie Mercury, lead singer of one of the biggest bands of all time—Queen—left the world in mourning when he passed away in November 1991. Although he’s been dead for many years, Freddie is still the best singer who’s ever lived, and no one comes close to his talent.

So imagine how many jaws dropped around the world when a Canadian named Marc Martel opened his mouth and revealed a voice that’s frighteningly similar to the legendary Freddie Mercury.

Freddie Mercury has rightly been called a musical genius. Not only did he have a divine voice, he was also behind the creation of classics such as “Bohemian Rhapsody,” “We are the Champions,” and “Killer Queen,” which are still ranked among the world’s greatest songs.

Since Freddie’s death, several singers have been compared to Freddie, but no of them can touch his greatness. But when I saw this video of Marc Martel from Canada, I got goosebumps. This is as close as anyone could humanly get to sounding like the legendary icon.

The video has received over 12 million views on YouTube and the comments section is filled with comparisons to Freddie.

There will never be another Freddie Mercury, but hearing Marc gives me the chills. Share if you’d also like to pay tribute to Freddie Mercury. May his voice and music live on forever!