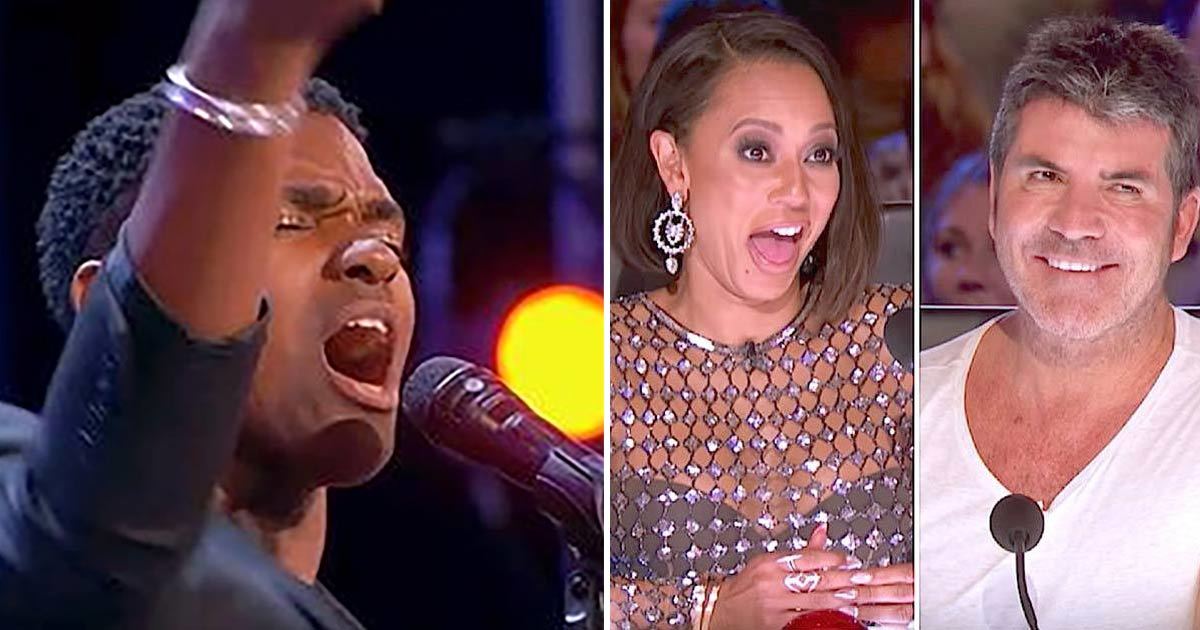 When Johnny Manuel was 14-years-old he thought he was one step away from his big break and would go on to be a superstar. A record label had just signed him on and he was going on tour with NYSYNC, as an opening act. His future seemed so promising.

But like many of us know all too well – sometimes things don’t turn out the way we had hoped they would. The music career Johnny had expected, never really took off and suddenly that dream seemed more distant than ever. Despite all of this – he refused to give up.

Johnny was determined to show the world what a talented singer he was and knew that one day he would be given that opportunity. For years he never stopped singing and trying but it wasn’t until just recently, when he decided to take the stage of America’s Got Talent and audition in front of judges like Simon Cowell and ex Spice Girls Mel B – talk about nerve wracking!

He decided to sing a song by none other, then the late Whitney Houston and her classic song ‘I Have Nothing,’ talk about a difficult song to sing! And boy can this young man sing. Just check out the video below.

In just a few days, the clip has become a viral sensation all over the world, with several million views – I have a feeling the name Johnny Manuel will be one we will be hearing more of in the future

Johnny’s story is a great example of perseverance and belief in oneself! Never give up on your dreams people!

Please share if you were just as impressed as we were, by this talented young man and his incredible voice!