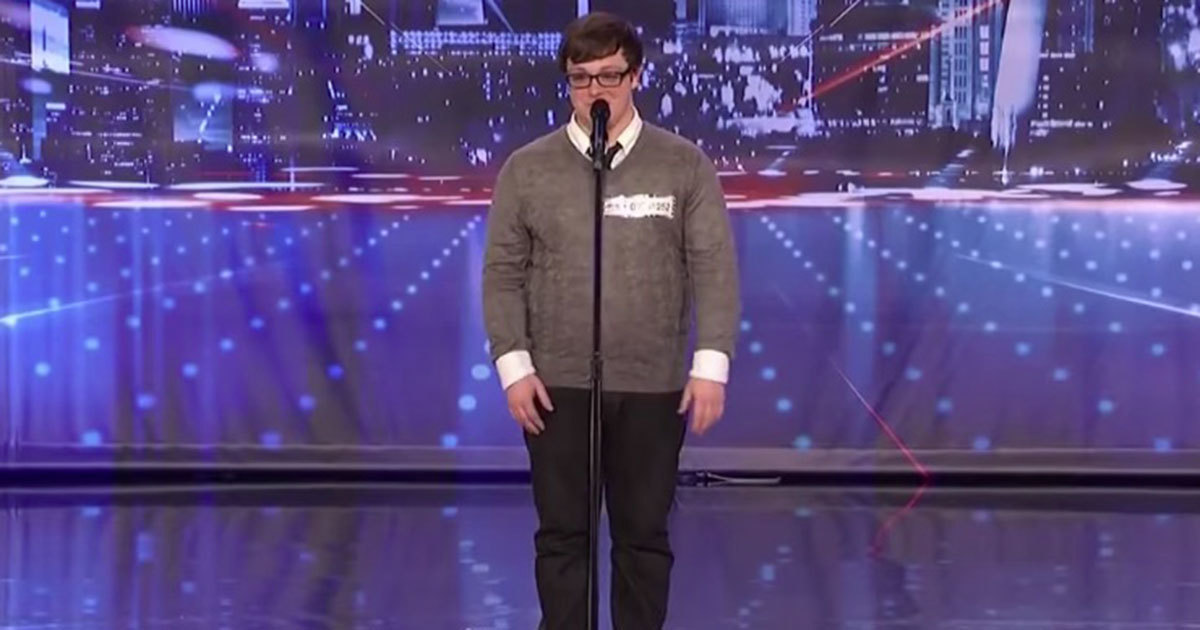 For me, it’s just crystal clear that all people should be treated equally – regardless of gender, sexual orientation or skin color.

That said, that a parent or parents would kick out their daughter or son from home because they come out as gay is just cruel.

This was sadly Jonathan Allen’s fate. When he turned 18 – the exact day of his birthday in fact, he was kicked out of home by his parents, who disapproved of his sexual orientation. And so he packed up and left home.

But he stood as strong as he could and moved along. A couple of years later, Jonathan is on the big stage of popular television talent show America’s Got Talent. And all I can say is I really hope his parents were watching…

Jonathan puts on one heck of a performance, showcasing his amazing voice and talent. Now that’s what I call sweet revenge!

Have a listen for yourself below, and like if you agree no one should be discriminated against for their sexual orientation!

SHARE if you agree that Jonathan is amazingly talented!