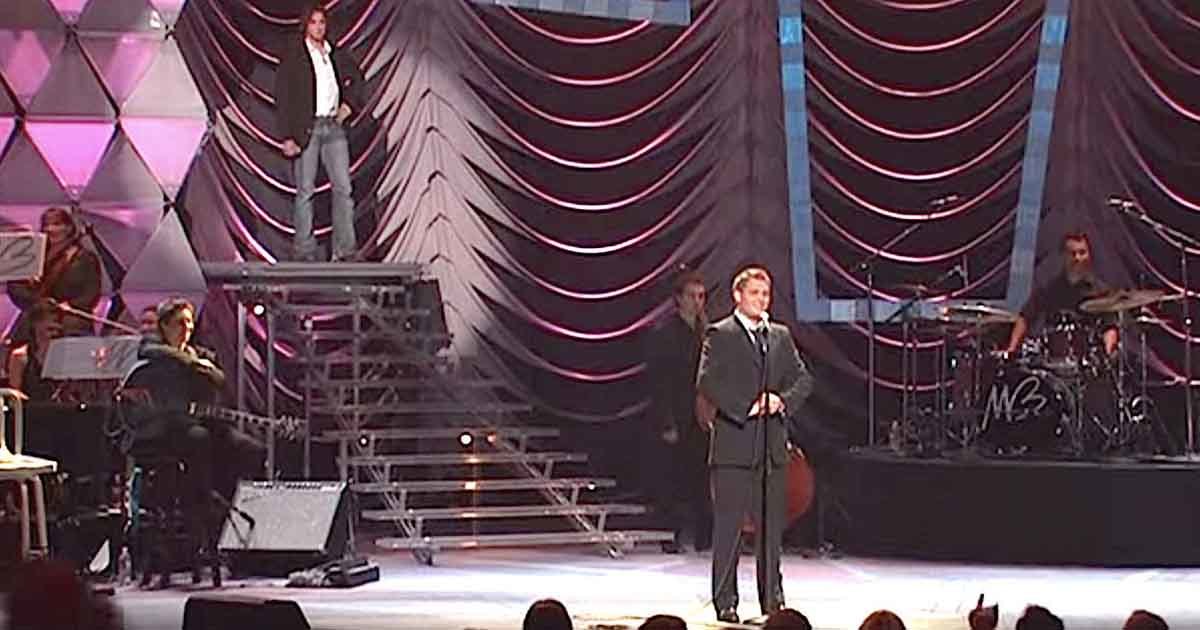 Michael Bublé is renowned as a world-class singer, but he’s also known for his hilarious sense of humor. At his concerts, the Canadian singer often jokes between songs to lighten the mood and interact with the audience. And he certainly does so in this clip. After making a few jokes about jazz, Bublé lays into no less than fellow world-class artist Josh Groban—who also happens to be a friend in real life. The audience laughs at Bublé’s jokes, but when he starts imitating Groban’s singing voice, they start applauding—but not for him. On the stairs behind him, a very special guest appears… This is awesome!

Wasn’t this just perfect? Don’t forget to share it with your friends!