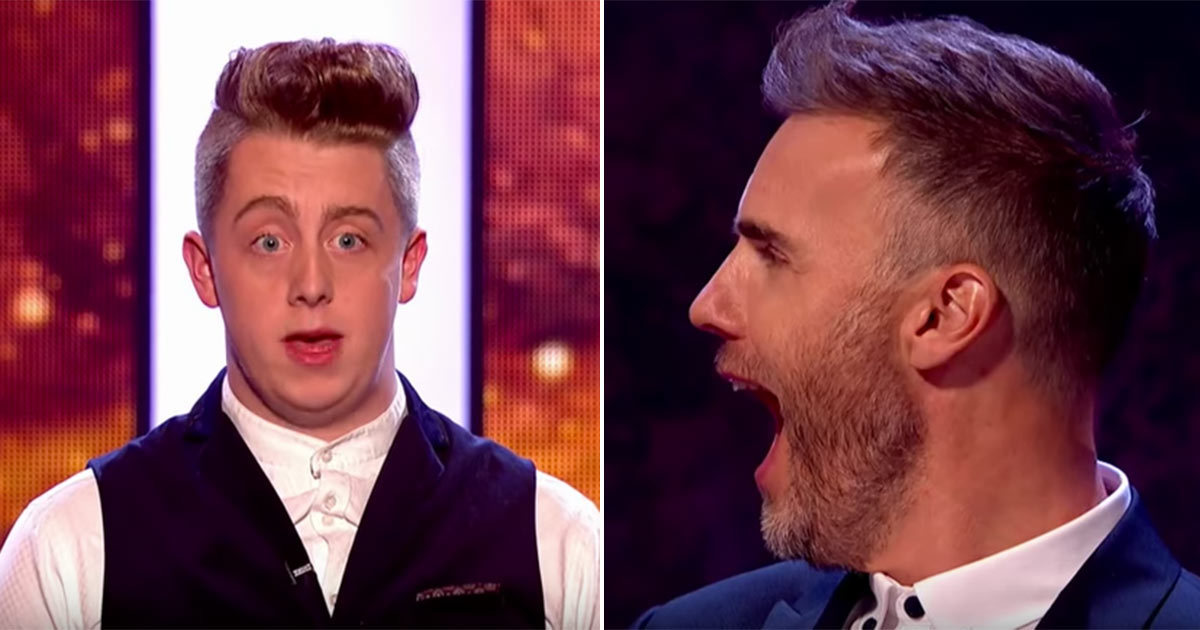 When 18-year-old Deaglan Arthur takes the stage, he looks like any other nervous teenager. Which isn’t particularly strange, considering that his previous vocal performances alltook place in the shower and at church. But now he’s auditioning before the judges, spectators, and viewers on the UK talent program “Let It Shine.”

As soon as the music starts, Deaglan’s whole demeanor changes. He suddenly projects confidence, moves his hips, and comes alive as he sings “New York, New York.” With a microphone in hand, this teen is as comfortable as a fish in water!

Deaglan has a voice that would’ve made Frank Sinatra proud, and with his exuberant charisma, he’s truly spectacular. And if you have any doubt, check out the judges’ reactions.

A star is born!

It’s hard to imagine that this voice belongs to an 18-year-old. Share this video so that more music fans get a chance to hear this young gentleman before he becomes a star.