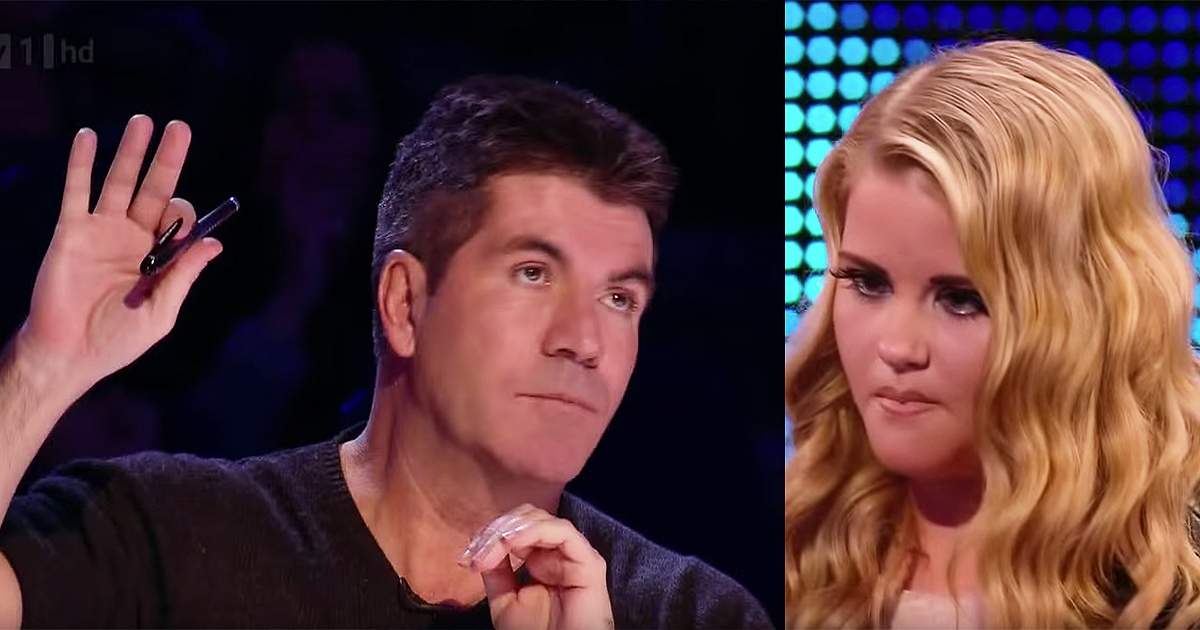 Imagine that you’re on a stage. Just seconds away from singing in front of thousands of strangers – the biggest stage you’ve ever performed to – and you’re abruptly cut off, three seconds into your audition.

The song you chose was too cliché, and Simon Cowell has heard it one too many times.

That happened to Hope Murphy during her audition for Britain’s Got Talent. The nervous 16-year-old, apologetic and giggly before her performance was cheered on by her twin sister and parents as they sung along with her from the audience.

When she appears on the stage, a few biting questions from Simon Cowell appears to fluster Hope, and when she begins her song he cuts her off completely.

In the crowd, her father and sister exchange tearful, worried looks.

“Okay, I’ve heard that so many times,” he says, almost annoyed. Instead, he requests a list of song choices, “I want to hear something different to what everyone else is singing.”

After a nervous moment, she suggests two songs: The first with an agitated side-glance from Simon (another powerhouse cliché) and the second a more suitable alternative.

They settle on ‘This Woman’s Work’, originally by English singer/songwriter Kate Bush, although Hope credits her version as being inspired by the Maxwell cover.

While most singers would have been thrown off by the discouraging start, Hope takes a deep breath and begins an emotionally stirring rendition of the ballad.

A wave of chills spreads through the audience.

Simon’s interruption, which might have flustered a more uneasy performer, helped her out in the long-run. Instead of easy power-vocals, the delicate track showcases her impressive and controlled voice, mature beyond a typical 16-year-old.

By the end of the performance, Simon is unable to hold back his smile, revealing his poker face saying, “You sang that very, very well – and I like your personality as well.”

Though he was reluctant to show it at first, Simon and the other three judges were incredibly impressed by Hope.

Was it rude for Simon to interrupt her, or was it better in the end that she changed songs? Share this amazing performance with your friends and see what they think.