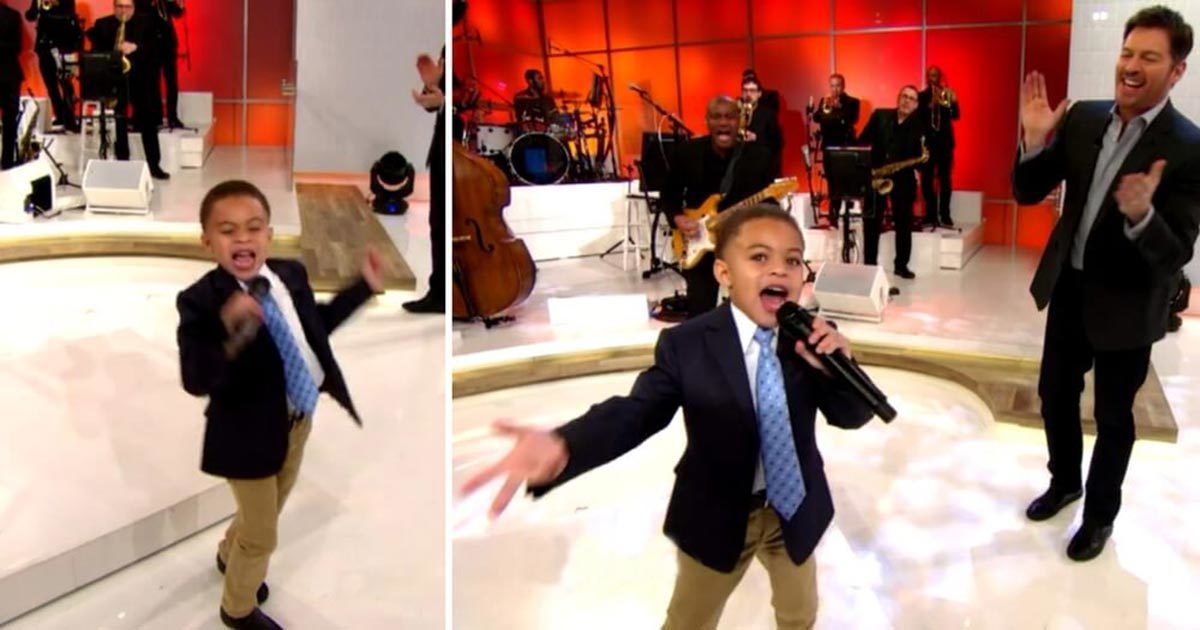 It’s strange how the biggest things come in the littlest packages. And it doesn’t matter if it’s onstage in front of a giant crowd at a talent competition or on the street—these days, we’re blessed to have a few amazing young singers who have voices like they’ve already been around for a lifetime.

Take five-year-old Caleb Serrano, for example. He had already won us over with his passion and charisma in a video of him singing a glorious gospel tune in church. And now, the young boy has done it again.

Recently, Caleb appeared on Harry Connick Jr.’s “Harry”… and talk about stealing the show! From start to finish, the five-year-old led Harry Connick Jr.’s band. He set the pace and the mood—and he got the whole crowd up on their feet with his rivetting version of “This Little Light of Mine.”

After the show aired, Harry Connick Jr. published the video on Facebook, where it’s racked up more 7 million views and almost 200,000 shares. Watch the video in the player below and you’ll understand why… This five-year-old dynamo is going places!

Were you also impressed by five-year-old Caleb’s voice? Share this video with your friends!