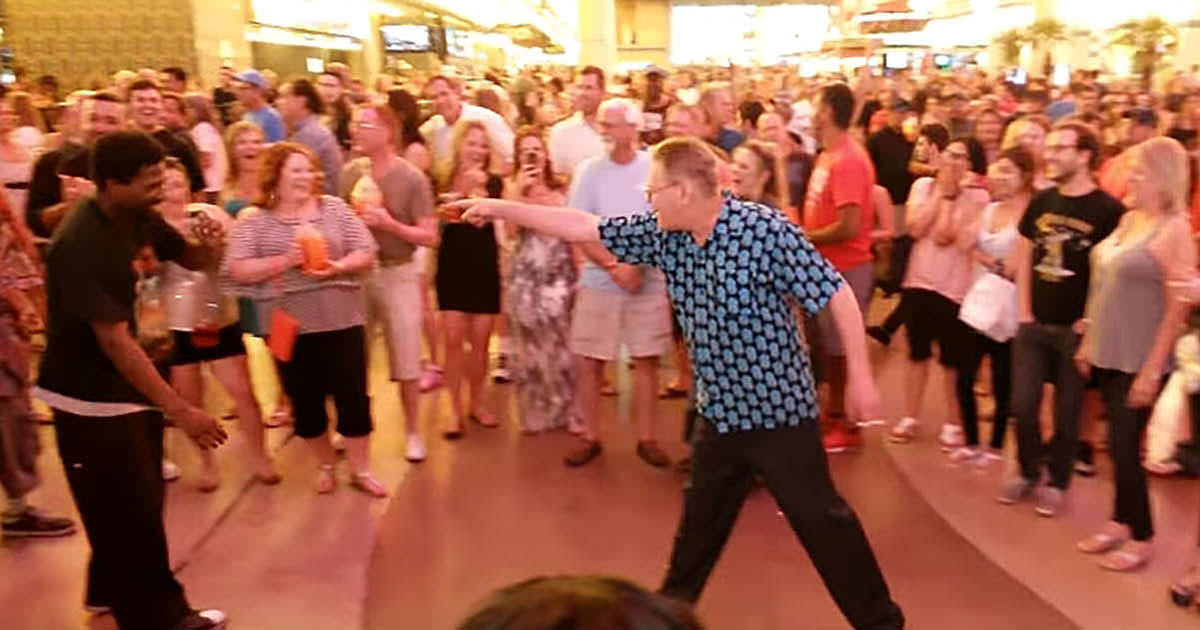 The older gentleman in this video proves that age is just a number. When he and his family saw some young guys breakdancing in front of a crowd in Las Vegas, the man suddenly felt the urge to challenge them to a dance-off.

In response, the guys laughed out loud, but they would soon regret it. And luckily, someone caught the whole thing on video. But none of that mattered to one old guy in Las Vegas. When he and his family were walking down the strip, he saw an audience formed around a couple hip-hop dancers. Without hesitation, the man entered the circle and challenged the two guys to a dance-off.

Not what they expected

The guys scoffed a little, but accepted the older man’s challenge. And the audience and the two dancers were invited to a real show.

It turned out that the man had a lot of good moves up his sleeve that shocked the audience and the dancers. As he touched his hips and shoulders, the crowd couldn’t hold back their smiles and applause, and it quickly became clear who the winner was.

As they say, age is just a number. How awesome was it that this guy dared to put himself out there like that? Please share this video if you want to give your friends something to smile about today.