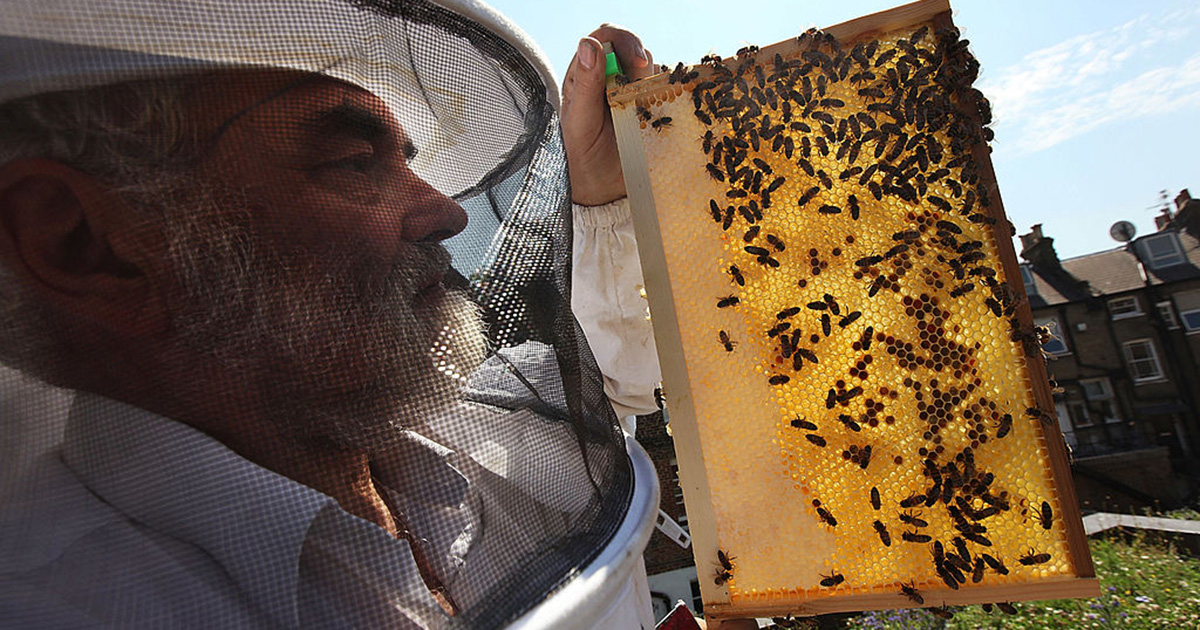 The death of Queen Elizabeth II has certainly been the biggest news story of the past week. The 96-year-old UK monarch’s passing has made headlines around the world, inspiring all kinds of mourning and reactions.

Her death has also caused a “buzz” in a very unexpected place: the royal bee colony.

In one of the most unusual rituals in the wake of Her Majesty’s death, royal beekeeper John Chapple took a special moment to notify the Queen’s bees that “the mistress” was dead, adorning their hive with a black mourning bow.

While it sounds unusual, the custom is actually part of a tradition, and superstition, that dates back centuries.

According to Daily Mail, John Chapple, 79, traveled to Buckingham Palace after the Queen’s death to inform the bees.

“It is traditional when someone dies that you go to the hives and say a little prayer and put a black ribbon on the hive,” Chapple told the Daily Mail.

“The person who has died is the master or mistress of the hives, someone important in the family who dies and you don’t get any more important than the Queen, do you?”

He also explained to the buzzing insects that her heir, King Charles III, has ascended to the throne. Like many people in the UK, the bees apparently needed some reassurance during this time of transition.

“You knock on each hive and say, ‘The mistress is dead, but don’t you go. Your master will be a good master to you.”

Chapple did this ritual for the two hives at Clarence House and the five at Buckingham Palace, breaking the news to about a million royal bees.

In the wake of Queen Elizabeth’s death, people around the world have been following with fascination and curiosity as England prepares for the monarch’s funeral, complete with 10 days of national mourning rituals.

For most people, it’s the first time they’ve ever seen these customs take place: because Elizabeth II reigned for an unprecedented 70 years, it has been decades since the UK has bid farewell to a monarch.

But “telling the bees” seems like a particularly strange tradition — the bees don’t know what is happening, so why go out of your way to break the news? Why the bees and not the Queen’s horses or beloved corgis?

But it turns out it’s part of a centuries-old superstition — one that is meant to hopefully ward of disaster.

According to the New York Times, it is a centuries-old tradition to keep the bees up-to-date on major family events like births and deaths. It is custom for the beekeeper to cover the hive with a black cloth during a mourning period.

And if you don’t, the old belief goes, there could be dire consequences. Not “telling the bees” was thought to lead to misfortunes like the bee’s death or failure to make honey. The bees, apparently, feel quite slighted if you don’t keep them up-to-date on family events.

While modern-day beekeepers are less superstitious, many continue to keep up the ritual out of tradition, even if to outsiders it might seem strange.

“It’s a very old and well-established tradition, but not something that’s very well-known,” folklorist Mark Norman told the Times.

John Chapple has been the Queen’s official beekeeper for the past 15 years, landing the prestigious gig unexpectedly after the head gardener of Buckingham Palace reached out by email.

He told Daily Mail that he keeps bees for a number of “important people,” but the Queen was definitely “number one.”

The future isn’t certain: King Charles III has now taken the throne, and it will be up to him to decide if he wants to keep having bees in Buckingham Palace.

But Chapple is thankful for the times he’s had and hopeful for the future.

“It has been a wonderful privilege to do things like this for the Queen and hopefully now for the King,” he told Daily Mail. “I hope they still want to keep the bees on their premises. You never know. They might say, take them away but I don’t think that will happening though really you do never know.”

What an interesting tradition. We’ve never heard of “telling the bees,” but it seems like a sweet way to honor the late Queen and keep up a centuries-old beekeeping tradition.