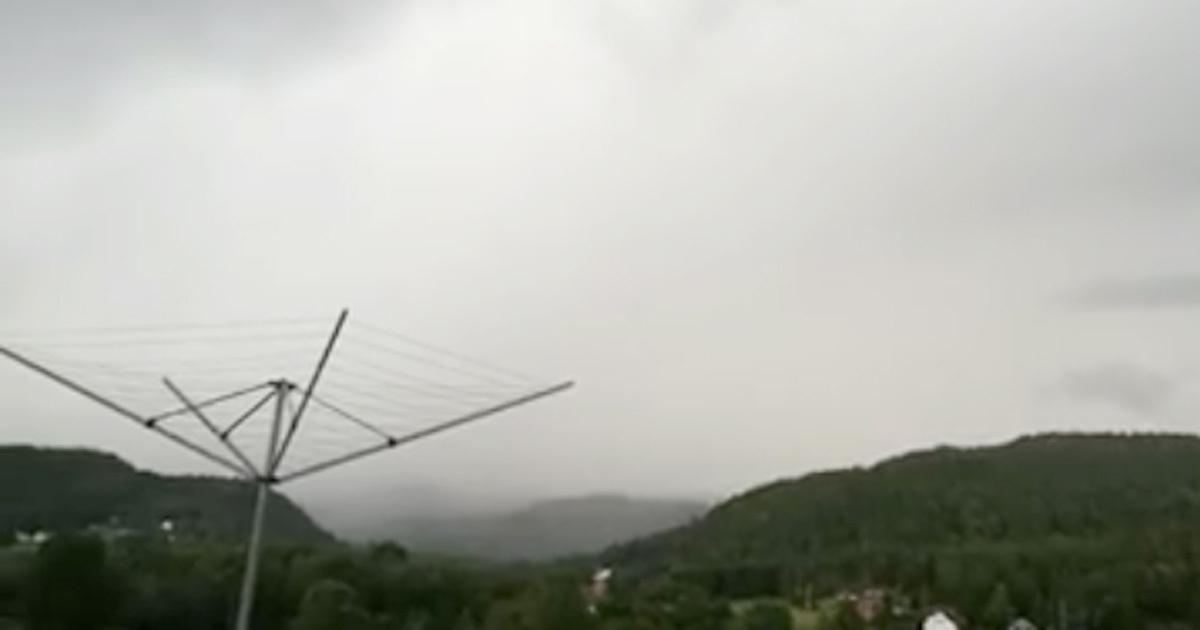 A guy from Norway recently managed to capture something extraordinary on film.

Daniel Modol was standing on his backyard deck in Gjerstad, Norway, using his cellphone camera to film a rainstorm, when the unthinkable happened.

A flash of lightning struck just feet away from him.

Thirty-eight-year-old Daniel Modol probably hoped he was going to film a distant flash of lightning. But he managed to capture much more exciting than that.

Last Monday, Daniel walked out on his deck to admire a rainstorm. He’s lived in the same house for the last 11 years and has seen many storms, but what happened that evening was unlike anything he’d ever seen before.

Lightning struck the middle of his deck, just 10 feet from where he stood. And he caught the whole thing on his cellphone camera.

In the video, you can see the whole sky light up in a pink hue. There’s a loud crack and parts of the deck fly into the air. Daniel takes a second to pull himself together, but a second later, he steadies his camera.

Afterward, you can see smoke rise from where the lightning struck the deck, and the wooden floor is covered with soil and soot.

The next day, Daniel posted a follow-up video showing a little more of what his deck looked like after the lightning struck.

The event was terrifying, but we can’t help but be fascinated by the power of nature. Please free to share Daniel’s videos with your friends so they can watch, too.