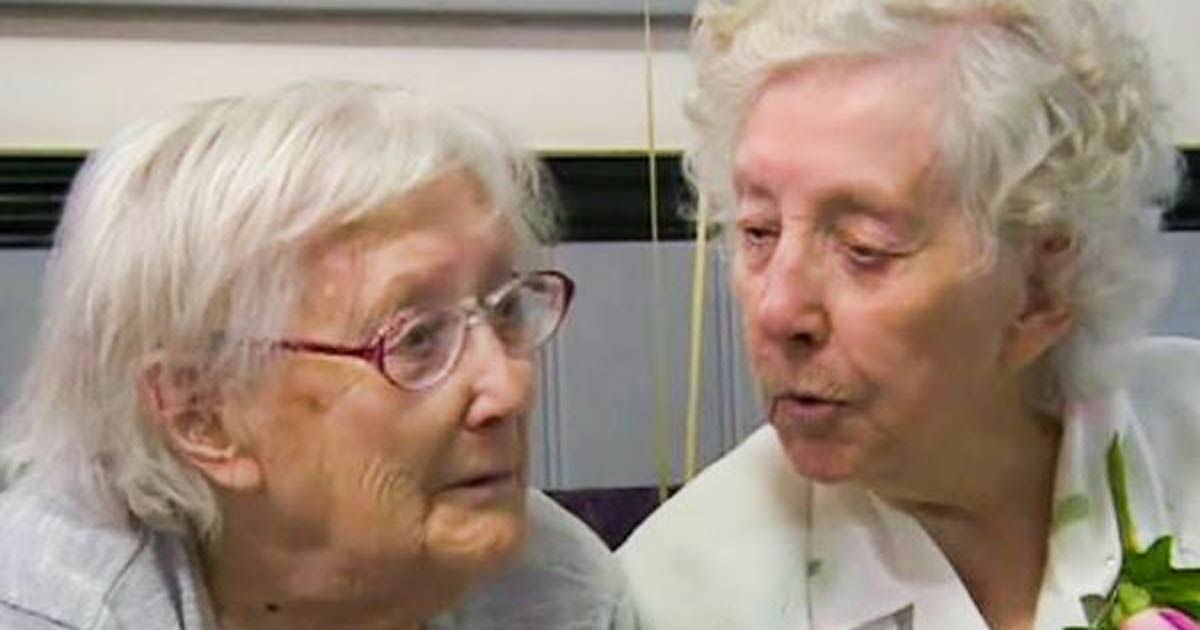 Having a twin can be an incredible gift. Just imagine having someone who’s always there for you, right from the start of your life, sharing a bond that will endure until the end of days.

They celebrated their 101st birthday in June, and still meet every week – even though they live more than 80 miles apart.

Edith and Dorcas, thought to be the third-oldest twins in the UK, were born 45 minutes apart on June 28, 1920 in Banbury. To put that in perspective, the non-identical sisters have lived through 25 prime ministers and four monarchs, as per BBC.

On June 28, they celebrated their 101st birthday.

“It’s marvelous we’ve got to this age because we don’t know anyone else near 100, so for us, it’s been incredible. We’re still going strong and get the best out of it we can,” said Edith, as per The Epoch Times.

Christine Bemand, 67, Edith’s daughter, explained that the twins came from a “modest” background. Unfortunately, their dad, who was an engineer, passed away when the twins were only 3 years old.

“Their mother brought up the five children as a single mom, so it was a frugal upbringing that doesn’t seem to have done them any harm,” Christine said.

Edith later married a man named Fredrick. They were married for 50 years and had three children together. Frederik died 15 years ago, at the age of 89.

Dorcas’s partner, meanwhile, was named Horace. He died at the age of 80, having been married to Dorcas for 30 years. They had two children.

Between the sisters, they share five children, 13 grandchildren and 22 great-grandchildren.

When Christine was a little girl, her mother Edith, and her aunt Dorcas used to live on the opposite sides of Banbury. The families often met, and the cousins played together. During the holidays, the twin sisters usually went to Bournemouth.

Up until eight years ago, the two sisters continued to live together on the same road in Banbury. But when Edith’s health deteriorated, she moved in with her daughter Christine’s family, according to The Epoch Times.

Today, Edith is almost blind and has problems with her mobility.

Christine explained that Edith and Dorcas were never spoilt by the nicer things in life, and their diet was basic, but it sustained them.

“It wasn’t a rich diet or anything like that. Their expectations in life were realistic so they haven’t been hit by self-inflicted disappointments in life,” Christine said.

Dorcas says she is very thankful for the life they’ve had.

“Although we’ve had frugal lives there’s been a lot to enjoy throughout it. We have had bad times but we’ve managed to get plenty of good times in and enjoy our lives.”

And for those wondering what the secret diet is to a long life, Dorcas has admitted that there isn’t one. They eat whatever they want when they are hungry.

Instead, she said their secret is a “lack of stress”.

Important to spend time together

Today, the sisters live more that 80 miles apart, but are still inseparable and are sure to see each other every week.

Every Tuesday, Dorcas, who lives with her 71-year-old son Robert, travels two hours from Banbury, Oxfordshire, to see her beloved sister in Leominster, Herefordshire.

“When Dorcas comes she brings a bread pudding she has baked or a few tomatoes and my mom always wants to go out to buy Dorcas a chocolate bar.”

When Dorcas isn’t visiting her sister, she spends a lot of time in her little greenhouse.

“Mom still loves her gardening which keeps her active and she is probably fitter than me actually,” says son Robert.

Usually, the sisters spend every birthday together, but last year – when they turned 100 – they couldn’t meet up because of the COVID-19 pandemic. Fortunately, this year in June they made up for that and celebrated their postponed 100th bash with family members at a country pub.

These two sisters share an inseparable bond and are really an inspiration to all of us. Happy birthday to both of you!

Please share this article with your friends and family and leave a comment to wish Edith and Dorcas many more years together.