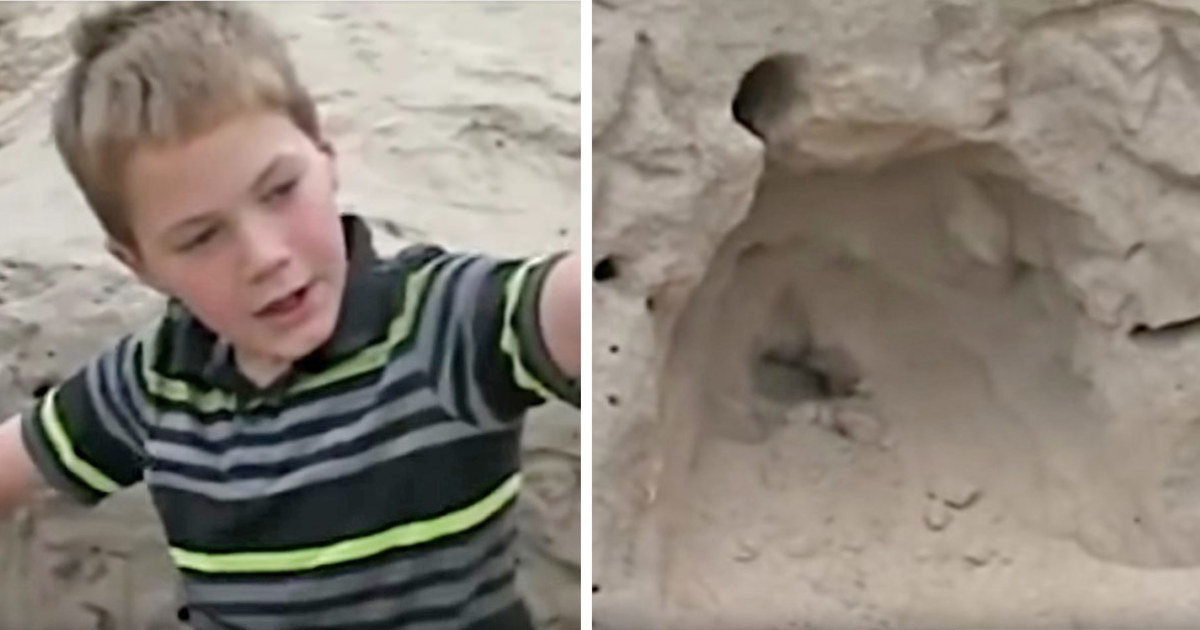 11-year-old Connor Fitz-Gerald was outside playing with friends on the Marina Dunes beach in Califronia, USA.

The boy was digging around in the sand when he suddenly made a terrible discovery: a young girl was buried alive under the sand.

Connor started digging feverishly to uncover the 5-year-old girl who lay there limp and lifeless. He began to dig out her head, and when he managed to dig out most of her body, he dragged her out of the sand.

There, he began CPR – which he’d learned from watching television.

Soon, the girl woke up.

The 5-year-old, Alyssa Bostic, had been playing on the beach when a sand cave she was standing under had suddenly collapsed over her. She’d been stuck there for several minutes, unable to move or breathe.

Adults arrived near the scene and immediately called an ambulance. The girl ultimately escaped a tragic fate and is now fully recovered – all thanks to Connor’s rapid response.

Connor’s father is proud that his son saved the girl’s life thanks to his quick thinking and good judgement.

“I’m glad he was able to sit back and think “Ok, wait a minute, there’s something going on, there’s not a parent here, I know they are at least a quarter of a mile away, I need to do something,” Connors’ dad Tim told KSBW Action News 8.

Watch this news report about the event below:

A few minutes can be the difference between life and death – and I’m so glad that Connor acted immediately and managed to save Alyssa’s life. Please share if you also think that he is a true hero who deserves to be celebrated!