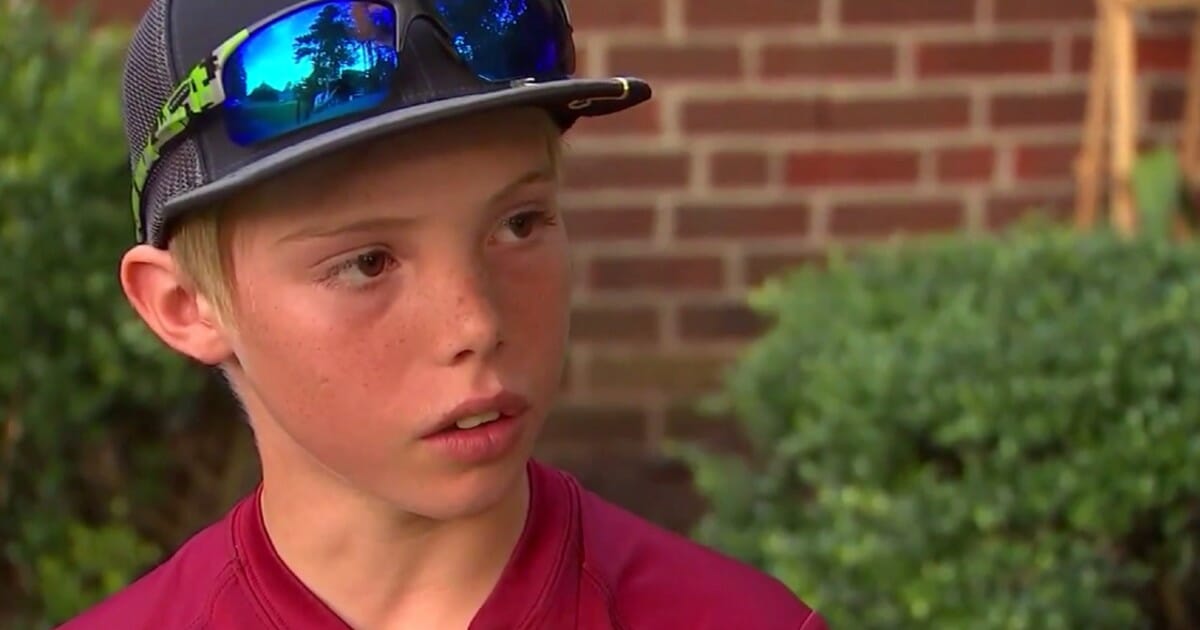 If someone broke into your home what would you do?

Braydon Smith, an 11-year-old, was taught to defend himself after his home was robbed a few years ago.

“If they come in the door, you let ’em have it,” his father, Christoper Smith told ABC 11.

Although we can never be sure how we’ll act in an emergency situation, Braydon acted just as he was told and now he’s being credited with thwarting a home invasion.

The North Carolina boy was in his home, on the phone with his mother, when an intruder climbed through his family home’s window.

“He pointed a pellet gun at me that was located in our house. I knew that it wasn’t loaded so I just sat down and got in my closet like he told me to,” said Braydon. 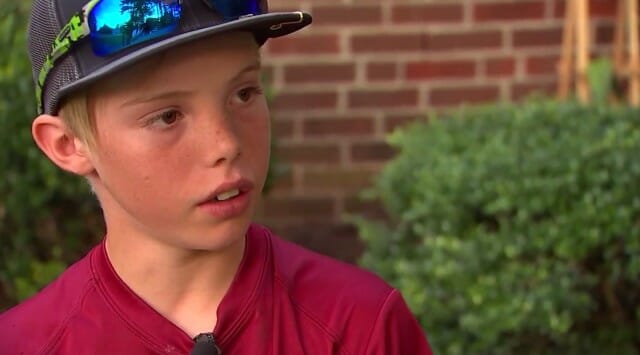 The suspect went into the living room to grab the boy’s cell phone, and when he did Braydon grabbed a machete he had hanging on his wall and hit the suspect on the back of the head. He admitted he was hesitant about the situation, but insisted he wasn’t scared.

Usually the 11-year-old uses the machete for chopping down trees, but on this occasion it served as the perfect self-defense weapon.

“You shouldn’t have done what you’ve done,” Braydon told the intruder. “You’re better off to get a job than breaking into other people’s houses.”

The suspect, Jataveon Dashawn Hall, went to a hospital for treatment, but left after he learned police were looking for him. He’s currently in custody and charged with breaking and entering, second degree kidnapping, interfering with emergency communications and assault on a child under 12. Police are still looking for two other suspects.

What a brave little boy!

Braydon did exactly what he was told and he saved his home.

Share this post to congratulate him on his bravery and to warn others on the importance of being prepared.