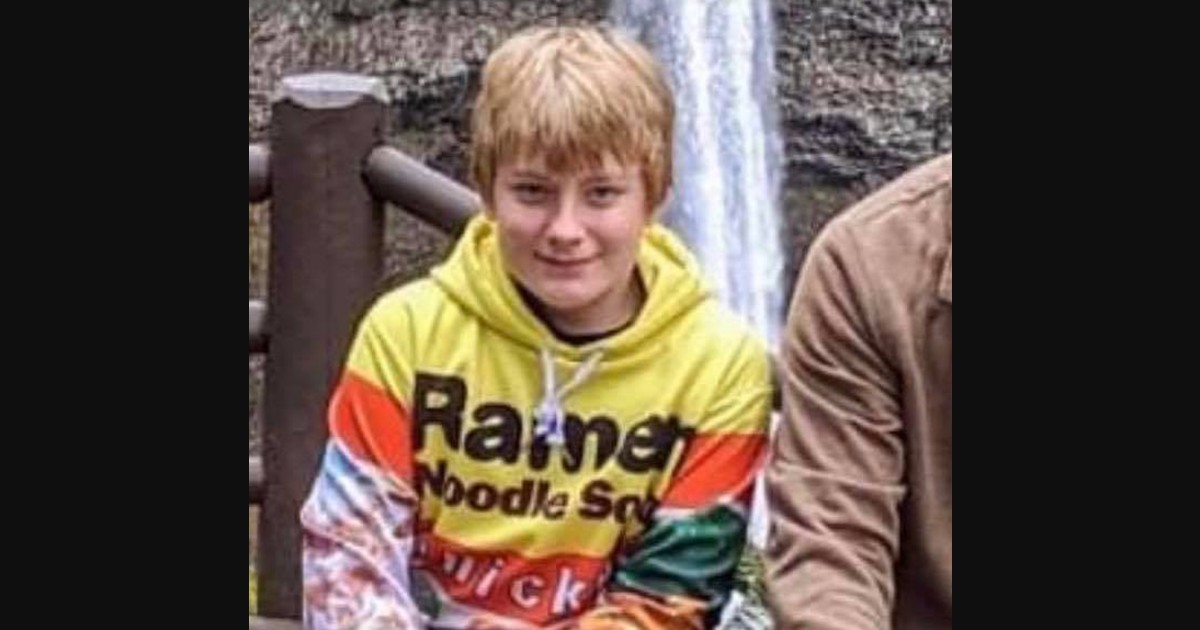 A 13-year-old boy, his dog, and the boy’s grandmother are among the first fatalities of the Santiam Fire in Oregon.

Wyatt Tofte was found Wednesday evening alongside his dog, and though his grandmother, Peggy Mosso, has yet to be found, but it is believed that she has also died.

Early Tuesday morning, Wyatt’s father, Chris Tofte rushed towards his family’s home near Lyons, Oregon in search of his wife, son, and mother-in-law.

They had been at home waiting for Chris to return with a trailer so they could evacuate. When Chris hadn’t returned the night before the three had gone to bed, but were woken up when their house caught on fire, according to the Statesman Journal.

They couldn’t wait any longer. They had to leave now.

While they were able to escape their home with their family’s pets, they didn’t make it far – Chris suspects their car caught fire.

Angela instructed her 13-year-old son to take their 200-pound bullmastiff mix and run. She would run as well, but her mother could not. Peggy had recently broken her leg.

Chris drove through flames and thick smoke as he raced towards his home. As he neared it, he encountered a severely injured woman who appeared to be in a bikini.

That woman was his wife, Angela Mosso. She had walked three miles by the time she reached her husband and had burns all over her body.

Chris sought medical care for his wife and then went back to look for Wyatt.

Wyatt’s body had been found.

He was reportedly found in the driver’s side of a vehicle on the family’s property. Duke was lying on top of him.

“I can say personally, and on behalf of all our first responders, our hearts go out to the family. The investigation as to the specifics around this loss of life is ongoing,” Marion County Sheriff Kast said.

Angela is currently in critical condition.

How heartbreaking. This family and all of those in harm’s way need our prayers and positive thoughts.