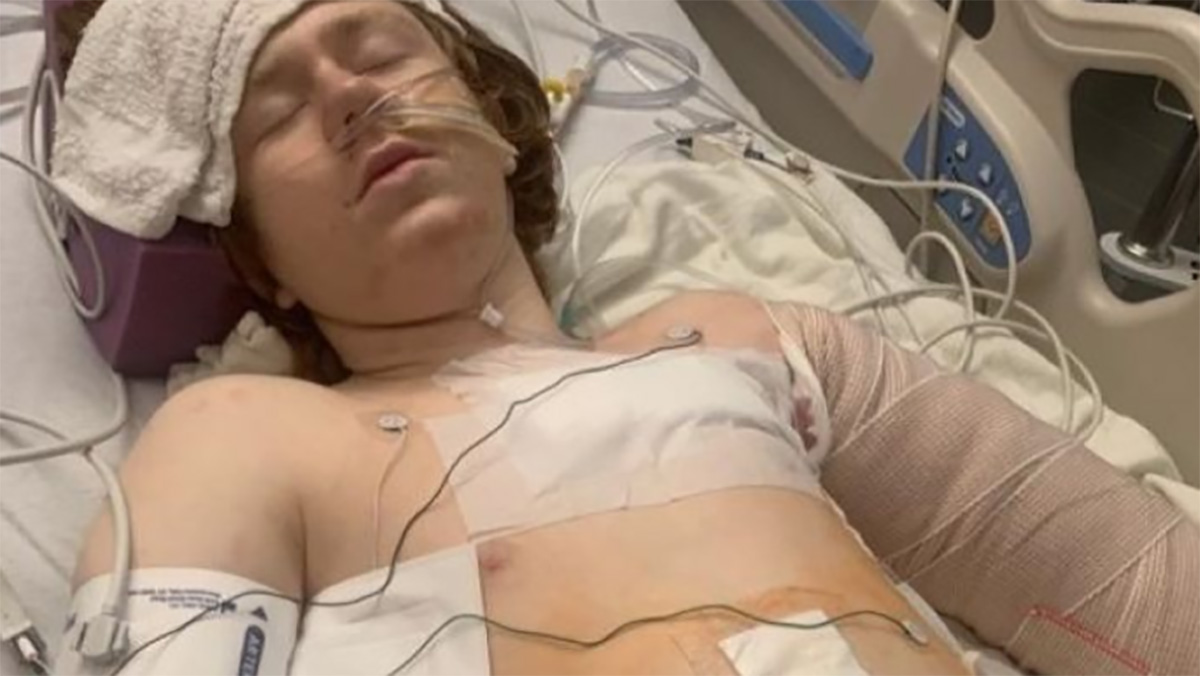 A 13-year-old autistic boy is recovering in the hospital after getting shot several times by police.

Linden Cameron, who has Asperger’s, was having a mental breakdown when his mom Golda Barton called police and requested a crisis intervention team (CIT).

Golda said she gave officers all the information she could about her son over the phone before they arrived at her home in Glendale, Utah.

“I said, ‘he’s unarmed, he doesn’t have anything, he just gets mad and he starts yelling and screaming,'” she said, as per News 4 San Antonio.

“He’s a kid he’s trying to get attention, he doesn’t know how to regulate.”

She said she was told to stay outside of her home while the two officers went through the front door of the home. She said in less than five minutes, she heard “get down on the ground” and several gunshots were heard.

She thought her son was dead and the officers didn’t immediately say if he was or was not dead. They handcuffed him, according to Golda Barton.

Linden Cameron suffered injuries to his shoulder, both ankles, intestines, and bladder.

“He’s a small child. Why didn’t you just tackle him? He’s a baby. He has mental issues,” Barton said in an interview with 2News.

Salt Lake City Police(SLPD) said police were called to the area for a report of a “violent psych issue” involving the juvenile “having a mental episode” and “making threats to some folks with a weapon.”

Sgt Keith Horrocks confirmed a police officer had shot a juvenile male leaving him in serious condition; he didn’t say whether a weapon was located.

According to police policy, the shooting will be investigated by an Officer-Involved Critical Incident protocol team.

Salt Lake City Mayor Erin Mendenhall released a statement on Sunday that read: “While the full details of this incident are yet to be released as an investigation takes place, I will say that I am thankful this young boy is alive and no one else was injured.

“No matter the circumstances, what happened on Friday night is a tragedy and I expect this investigation to be handled swiftly and transparently for the sake of everyone involved.”

A GoFundMe has been organized to help pay for Linden’s hospital bills, physical therapy, and trauma healing, and also to assist his family as they move through his healing.

My heart goes out to Linden and his family during this horrific time. This shocking incident leaves me with so many questions but ultimately why?

I hope the officer responsible is never allowed to carry out such unnecessary brutality again; the killing of our children at the hands of police has to stop.