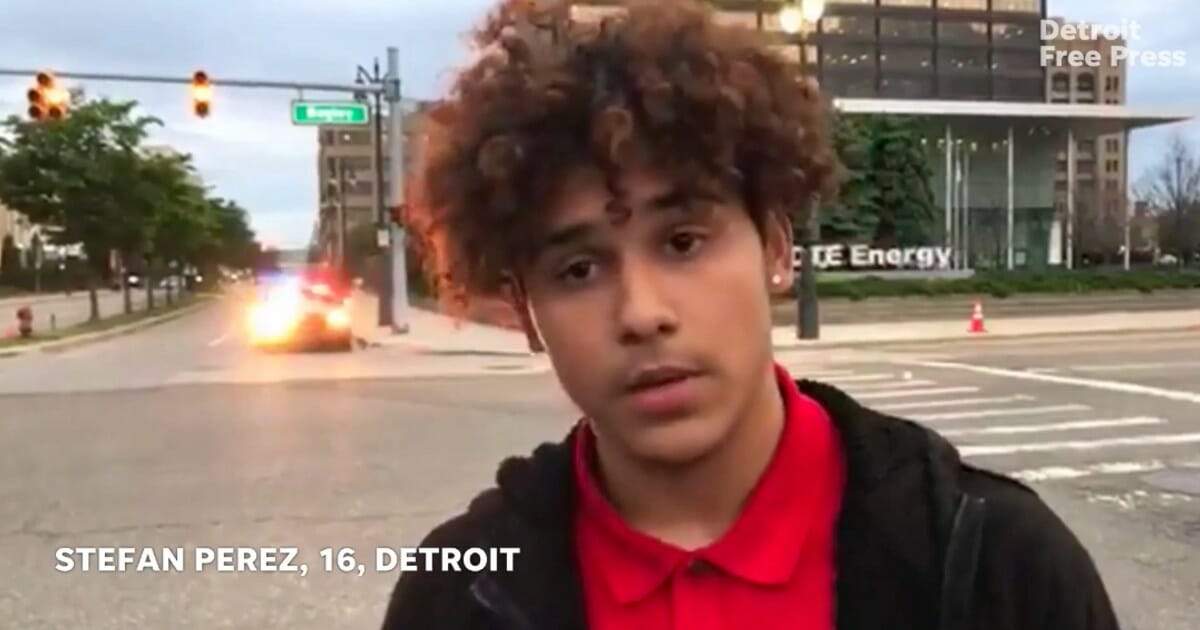 What does it take to be a leader? It doesn’t take much, simply someone with passion who is willing to stand up and take charge of a situation.

On Monday, a leader emerged from the Detroit protests. Stefan Perez joined the protests against police brutality. Previous days had ended in violence and on the fourth day, the 16-year-old wanted a different ending.

“The fact that I was able to put my hand up and stop everybody from causing trouble here tonight, I look back and smile at that moment,” Perez told the Detroit Free Press. “The people followed me into battle and I’m glad that I was able to get them home safely.”

As the city’s 8 p.m. curfew neared and the crowd showed no signs of moving, Perez, who is Black, Mexican, Puerto Rican and Nicaraguan, yelled to the crowd of approximately 1,000 protestors to follow his lead and peacefully return home.

“He is so mature for his age. I could not believe it when he said he was 16,” said Markia Fuller. “He led us the entire way and people listened to him without ever knowing how old he was.”

Those who were at the protest were not the only ones impressed with Perez’s ability to lead a crowd. Detroit’s mayor was watching a livestream of the protest and saw the 16-year-old lead the protestors.

The two later spoke on the phone.

“We did this. I’m not going to necessarily say I did this, because I didn’t,” Perez said. “I had plenty of help today. But I’m here. I’m alive. I woke up today enough to do this. I’m just glad that I’m here. I’m glad I was able to take a knee, put my hand up and say ‘Black Lives Matter.'”

Thank you Stefan for leading this group of protestors. We need more leaders like you.