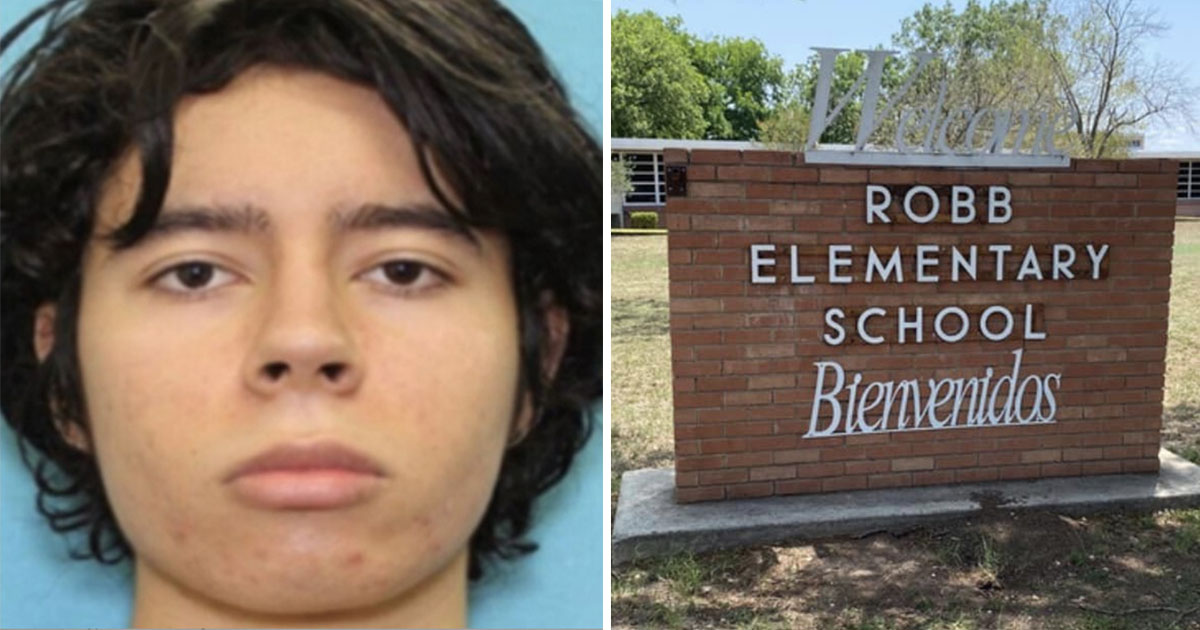 The tragedy in Uvalde, Texas is devastating to learn about. As more details emerge about the senseless killing, the worse it seems.

A teenage gunman went on a shooting spree at a school in Uvalde, Texas on Tuesday afternoon. The shooter killed 19 students and two teachers in his senseless rampage.

Officials have identified 18-year-old Salvador Rolando Ramos as the main suspect behind the school shooting at Robb Elementary School. He is believed to have acted alone in the incident.

State troopers told media outlets that the suspect shot his grandmother earlier in the day before the shooting during an argument. Not much is known about his grandmother’s condition but it is believed that she is alive.

Ramos then took off in a truck and officers had responded to him by this point and he had been shooting at them. He then crashed the truck into a ditch and made his way into a school on foot.

“At that point as he made entry he began shooting children, teachers, anybody that was in his way he was shooting people that were in front of him,” Lieutenant Chris Olivares who is with the Texas Department of Public Safety said.

Sources according to the Bureau of Alcohol, Tobacco, Firearms, and Explosives (ATF) have since then revealed that Ramos legally purchased two AR platform rifles at a local federal firearms licensee.

The purchases were made on separate occasions; one on May 17, 2022, and the other on May 20, 2022. One of the rifles was recovered in the crashed truck while the other was recovered on the suspect’s person as he had it with him during the shooting.

It is believed that the suspect dropped several magazines full of ammunition near the entrance of the school. It was earlier reported that the suspect was wearing body armor when he exchanged gunfire with officials but on close inspection, it was found that he was only wearing a plate carrier with no ballistic armor inside.

The suspect’s neighbor Eduardo Trinidad saw the incident when Ramos crashed his truck. He said, “he went straight through a barricade, it’s a concrete ditch and the truck is in there.”

He took pictures of the bag and rifle Ramos reportedly dropped near the crashed truck before he ran off.

Trinidad who was acquainted with Ramos made comments about the 18-year-old’s personality, saying, “he was a loner because my nephew worked with him at Burger King and he was kind of like a loner you know.”

Texas Governor Greg Abbott revealed that Ramos had been shot and killed by authorities. It is unclear what his motive was for the shooting.

The entire incident has been heartwrenching. Needless violence needs to end.

Please join us in praying for the victims and their families in this tragic time.