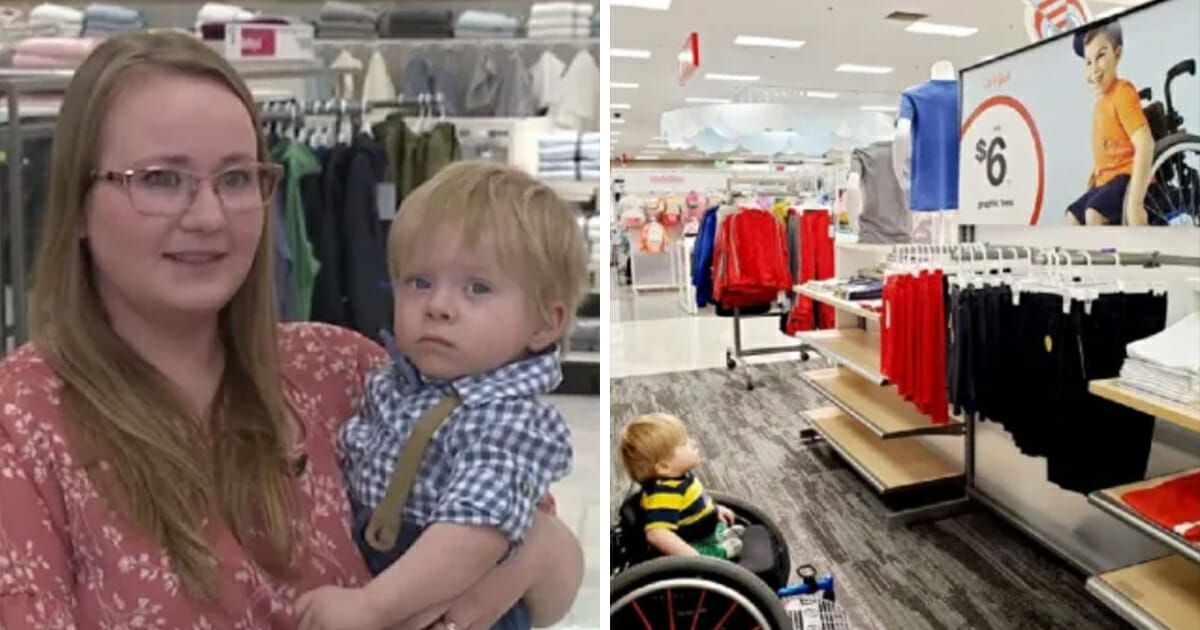 As children, we look up to role models and icons wherever we find them.

Many of us have dreams of becoming just like our heroes, irrespective of how trivial their lives are or how ‘normal’ they might be. Part of the endearing innocence of kids is that they see the world without any filter.

One toddler recently proved this when he was stopped dead in his tracks upon seeing an advert featuring a disabled boy who was just like him.

Oliver Garza-Pena, who is wheelchair-bound, was awestruck when he saw a printed advert in the boys clothing section of a Target store in Peoria, Arizona.

His mom Demi Garza-Pena was on hand to catch the special moment, and reflected on her joy afterwards.

“Thank you Target!” she wrote on her son’s Facebook page ‘Ollie’s World’.

“Today Oliver stopped me dead in his tracks and turned back around to see this picture that he spotted!

“He just stared at it in awe! He recognized another boy like him, smiling and laughing on a display at Target.”

Demi went on to explain how Oliver never gets to see children in similar situations to him.

“There is a lot of focus on representing diversity, but representing people with disabilities is just as important!” she explained, telling Fox19 that the advert sparked a “beautiful moment” for her son.

As per reports, Ollie suffers from a condition called caudal regression syndrome. Lower parts of his body are paralyzed as a result, meaning he needs a wheelchair.

Unsurprisingly, Demi’s post on Facebook was a massive hit with people online who delighted in seeing Ollie enjoying the moment.

In fact, it was shared so widely that the model in the picture – a young boy called Colton, from Massachusetts – was informed about Ollie’s reaction. What a brilliant chain of events!

I simply can’t get enough of stories like this. Inclusion should be a given in this day and age and it’s so wonderful to see this Target store promoting diversity.

Share this article if the story brought a smile to your face!