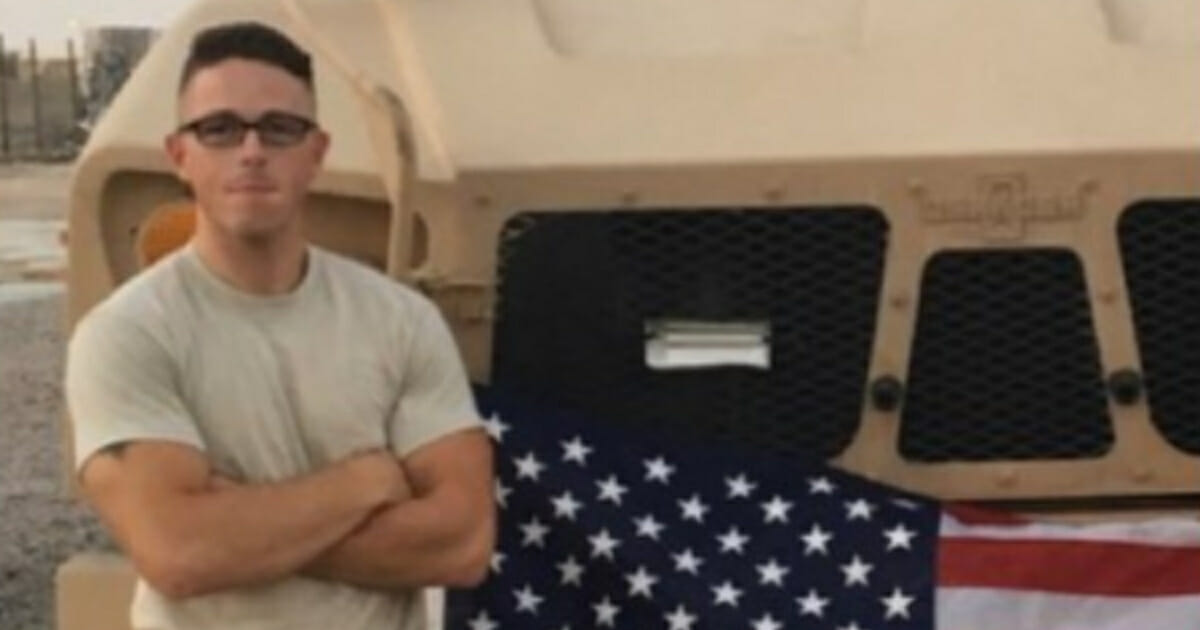 Tributes are pouring in for the U.S. Air Force member who was fatally shot while trying to prevent a robbery at a gas station in North Little Rock, Arkansas.

According to reports, Shawn Mckeough Jr. was in a Valero Big Red store when two gun-wielding men entered. An altercation ensued thereafter, resulting in the assailants opening fire and fatally wounding Mckeough, who had served in nations including South Korea, Germany and Kuwait having joined the Air Force after leaving college.

According to reports, Mckeough and his girlfriend, Sarah Terrano, had been out for dinner together on the evening of March 15, 2019. Following this, they headed to a friend’s house for drinks, before running out of beer and deciding to go to a local store via a ridesharing service.

Only minutes after Mckeough had entered the store, however, two men wielding guns arrived. The airman was fatally wounded in the ensuing ordeal, before the men fled the scene.

Girlfriend Sarah didn’t see her boyfriend shot, but she heard the guns going off. After the attackers fled the store she went in, only to find Mckeough’s body.

She said: “I really think he tried to get the robbers’ attention so that no one else would get hurt. That’s just who he was.”

Sr. Airman Shawn Mckeough was shot and killed Friday night while trying to stop a North Little Rock convenience store robbery. His girlfriend tells me: "Shawn was one of a kind, he lit up any room he walked into." https://t.co/dJWBQx2UWR pic.twitter.com/m966A94Aj1

Sgt. Amy Cooper of the North Little Rock police said: “It’s just overwhelmingly emotional, especially when you involve a member of our armed services, someone who has stepped up and made the decision to defend their nation and take on that role. And to deal with the tragic death of a member such as Shawn Mckeough has just been difficult.”

Fortunately, police were able to get good leads on the perps. Camera footage clearly showed them in the act, whilst authorities offered a $1,000 for information.

“They promised to get them,” Terrano said.

“I want those two people to sit in jail the rest of their lives. I want them to think about this every day.”

Needless to say, things like this should never come to pass. An innocent man has lost his life simply for getting between others and their insatiable greed. We hope the men responsible are handed the punishments they deserve, and that Mckeough’s family can take solace in the fact he died as he lived … a hero.